There is very little information about the beginning of the universe, know what scientists say 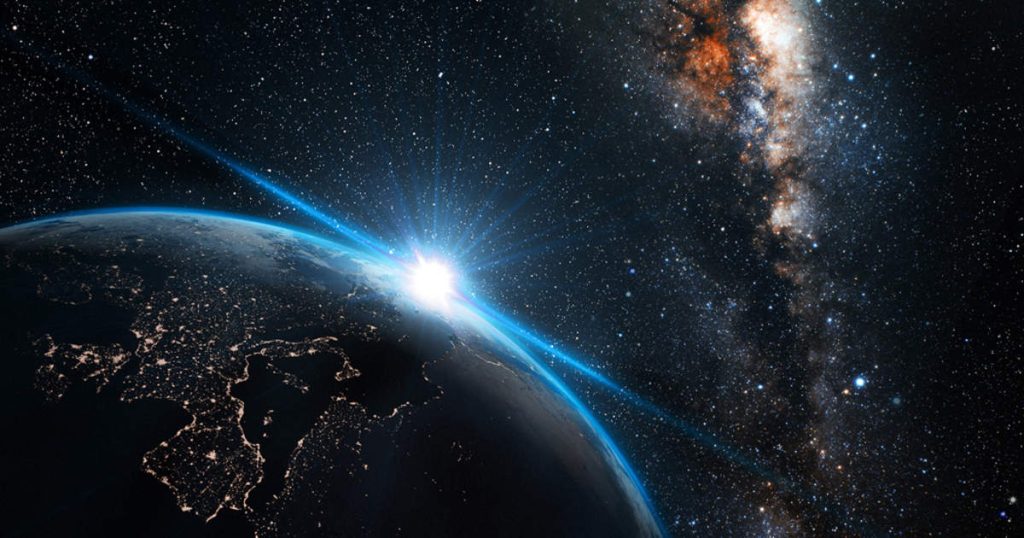 Washington. Our scientists know much about the planets and the origin of life on Earth, but little is known about the beginning of the universe. Astronomers have discovered a new phenomenon that may explain dark energy, the driving force behind the expansion of the universe. Scientists have found many clues about dark energy, which can confirm its existence. Astronomers speculate that this particular type of energy may have been present since the time of the Big Bang event.

It must have been 3 million years after that eruption. Researchers have identified this specific energy as dark energy in data from Chile’s Atacama Cosmology Telescope. These data were collected between the years 2013 and 2016. These may shed light on the early universe. Researchers have also said that this is not conclusive evidence of dark energy and more research is needed on this. Researchers believe that early dark energy was not as powerful as today’s dark energy to accelerate the expansion of the universe. The researcher also believes that due to the initial dark energy, the plasma formed after the Big Bang could have cooled rapidly. Astronomers think that by understanding these observations of these telescopes, information about the 12.4 billion-year-old universe with early dark energy can be obtained. The universe may be 11 percent older than it is now, 13.8 billion years ago. If this is true, if there was dark energy in the early universe, we should see a stronger signal, Colin Hill, co-author of the ACT paper, told Nature. The current expansion of the universe could be five percent faster than human models predict that astronomers are calculating today.

Initially it was believed that the universe is expanding. But astronomers thought that gravity would slow down the speed of this expansion. But observations from the Hubble Telescope showed that this expansion is not slowing down due to gravity, but is getting this acceleration, that is, the rate of its expansion is accelerating. Researchers know that a mysterious force is expanding it, which later came to be known as dark energy. Albert Einstein was the first person to scientifically recognize that space is not empty and that there is a possibility that more space can exist. His theory of gravity proposed that space itself has its own energy. Since this energy is a property of space itself, it will not become rare when it expands. More space will come in and more energy will come into it. According to NASA, we know how much dark energy is because we know how it is affecting the expansion of the universe.
Other than that it’s a complete mystery.

Taliban On India: India opened treasury for Afghanistan in the budget, Taliban was shocked to hear the announcement of Rs 200 crore