Britain bowed in front of the retaliatory action taken by the Government of India, Indians will not have to be quarantined if they go to the UK 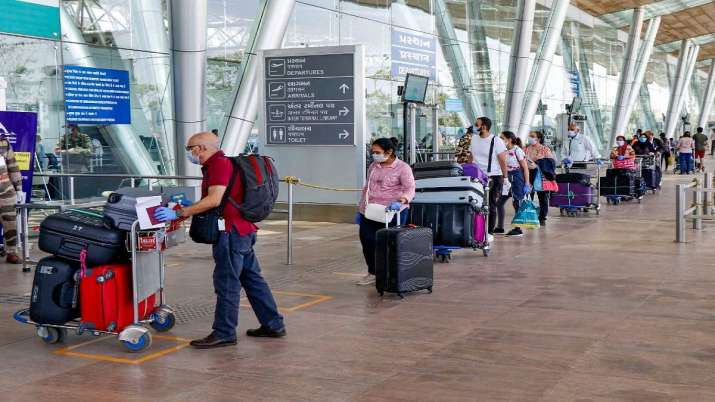 In the midst of constant pressure being put on Britain by the central government, Britain finally had to give up. Any Indian who has received both the doses of Kovishield will not have to be quarantined on going to the UK. Apart from this, other vaccines that have been approved by the British government, if an Indian has taken doses of those vaccines, then they will also not have to be quarantined on going to Britain. The British government will pass these new rules from October 11.

Let us tell you that in the last few days, there was a dispute between the Government of India and the UK Government regarding the quarantine rules. The main reason behind this was Britain’s not giving its approval to the Indian vaccine. When Britain finally approved the Indian vaccine amid the constant pressure, they imposed new quarantine rules on them. Under these rules, if an Indian went to Britain, he would have to be quarantined there first.

Regarding this attitude of India, the UK government issued a travel advisory for its citizens, in which all the rules and regulations of Corona made by India were mentioned. In it, information related to quarantine, corona test, RT-PCR test was given so that British citizens coming to India would not face any problem. But due to this attitude of India, the British government had no option but to change its quarantine rules.

Britain had to admit defeat

Meanwhile, Britain’s Ambassador to India Alex Ellis tweeted and informed about the change in travel rules by Britain. He wrote in the tweet that “No quarantine rules will be applicable for Indians going from India to UK. The traveler must have had a vaccine approved by the British government on Covishield or its replacement. These rules will be implemented from October 11. Along with this, Alex also thanked the Government of India, he said that “we thank the Government of India for the cooperation since last month”.