OnePlus 9RT leaked before launch, know how much it will cost in India 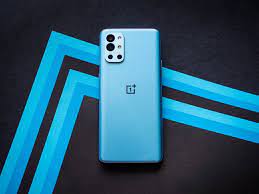 how much is the price of a smartphone in china

The information related to the phone has been given by tipster digital chat station Weibo. The smartphone is expected to come with Snapdragon 888 processor. The same handset runs on Android 11-based ColorOS 12 and sports a 50-megapixel Sony IMX766 primary camera. The OnePlus 9RT is priced between CNY 2,000 (approximately Rs 23,250) and CNY 3,000 (approximately Rs 34,800) in China. At the same time, it is being said that the device can come with three great color options, which can be Blue, Dark Matter and Silver.

Smartphone will come in 3 color options

OnePlus 9RT is tipped to pack 65W fast charging, 50-megapixel primary camera, 120Hz display and lots of great features. OnePlus 9RT will be launched in India and China later this month. Smartphone with 120Hz refresh rate There will be a full-HD+ display. Apart from this, the smartphone will run from Qualcomm Snapdragon 888 chipset. The smartphone was earlier said to come with Qualcomm Snapdragon 870 chipset. On the camera front, the smartphone will come with a 50-megapixel primary Sony IMX766 shooter, same as on the OnePlus 9 and OnePlus 9 Pro. The smartphone also comes with an 8-megapixel ultra-wide shooter and a 2-megapixel macro shooter. Many features of the phone match with OnePlus 9 and OnePlus 9 Pro. Apart from this, 4,500mAh battery support will also be available with 65W fast charging support.

Xiaomi 13 Pro: Xiaomi in competition with Apple and Samsung, the strongest phone coming on February 26! know the features