Why was the electricity bill waiver announced in Punjab? 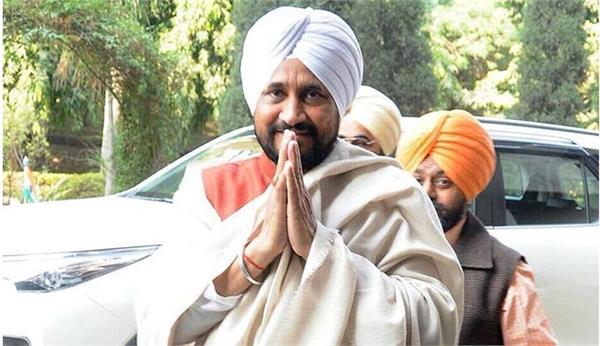 Punjab Chief Minister Charanjit Singh Channi announced that “Two rounds of meetings have been held regarding relief on electricity bill. Many people are compelled to live without electricity. Many people have disconnected their electricity connection and are living without electricity. in the state 55 The connection of thousand to one lakh people has been cut. The bill for the month of September will not be included in this process. Punjab government will fill the arrears till August। On filling these bills, on the Punjab government 12 Hundred crores will come।“

Why was the electricity bill waiver announced in Punjab?

Nudity is a bad thing. Naked dance is worse than that, but the culmination of this perversion is naked dance with shamelessness. This is what Congress is doing in Punjab. Sidhu publicly discredited his “captain” for power. It was moral nudity. Instead of stopping this, the entire team descended on the clamor. It was an honorary example of political nakedness. Then handing over hegemony to a Pakistan-backed Sidhu while humiliating a “nationalist captain” was not brazenly naked dancing, what was? Whatever happened after that, such as the coronation of the puppet “Christ Channi”, the resignation of Sidhu and the motto of “I am sorry, Amarindar” to the captain is a blot on an ideal political system. Even after this, the ruckus in the Punjab Congress escalated when Sidhu resigned from the post of Punjab Congress President. Therefore, it is not in their “hands” to close it.

Therefore, the biggest question arose as to what should be done so that the ongoing turmoil in the Punjab Congress could not disturb the attention of everyone. It was decided that foolish people should be made more fools. For this, the principle of free electricity should be adopted by the master of making fools i.e. Kejriwal. In this sequence, the power waiver was announced. This diverted the attention of the people from the turmoil in the Punjab Congress.

Why is electricity bill waiver stupid?

Always remember. You are the creator of India’s destiny. People’s representatives are only servants and service providers. In exchange for this service, you pay them a tax. Just like giving money to a grocer, he gives you 2 kg of sugar. Therefore, no government has waived the electricity bill. The people of Punjab did it. We will put some facts before you and leave the decision up to your scholasticism. According to Channi the reason for this loan waiver The Punjab government means you will have a burden of 1200 crores. This means we will hold the ear, but hold it from the other side. Here is the honorary process of fooling. The electricity subsidy bill of Punjab has steadily increased to Rs 17,796 crore, which is more than 10% of the total budget of Punjab. Add 1200 crores to this.

For your information, let us tell you that electricity distribution activity in India is mostly done by state government owned companies (discoms).

The Punjab government has not yet paid Rs 291 crore to the discoms only for the month of March last year.

Now you yourself think if he forgives your loan then how will he do it? The answer is sure from where you will do it – “your pocket”. from which taxes are collected and the country is run; Your services will be suspended the day you stop paying out of pocket taxes, just like a grocer refuses to give sugar without money.

Debt forgiveness is a hoax. Loans are waived off only by business and earnings and not by subsidies and waiver proclamations. This is not called loan waiver, but loan coordination. Due to this, the leaders deceive you by misleading you. As a responsible citizen, instead of being happy with this bailout, you should ask those judges that if you forgive the loan, then what will be the financial source and process of its reimbursement? If it is unanswered it means you have been cheated.