Priyanka Gandhi released the audio message, said – will fight till the Minister of State for Home resigns 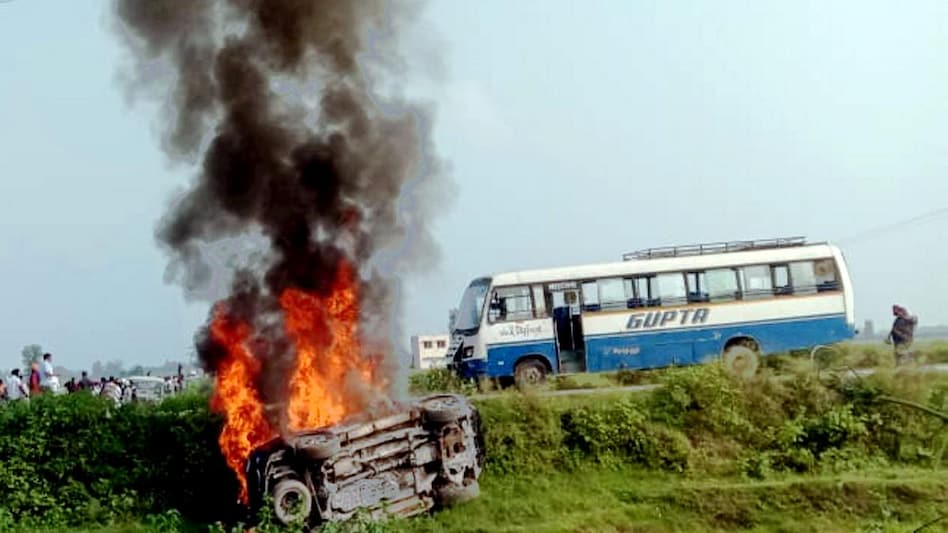 SIT has been constituted to investigate the violence in Lakhimpur Kheri in Uttar Pradesh. A 6-member team of SIT will investigate the Lakhimpur incident. IG Laxmi Singh said that strict action will be taken against the culprits. Ashish Mishra has been made a named accused. Ashish Mishra is the son of BJP MP and Union Minister Ajay Mishra. Meanwhile, on Tuesday evening, Priyanka Gandhi addressed the supporters standing outside the PAC guest house through phone. She has promised Congress workers that she will meet everyone after she is released. We will continue this struggle till the Minister of State for Home resigns, whatever happens.

Where was the police when the accident happened?

Priyanka Gandhi further said in the audio that, it was the farmers who gave freedom to our country, the farmers were martyred and even today only the son of the farmer is protecting the freedom on the borders of the country by becoming a young man. When a farmer loses his life in a struggle or movement, we do not call him dead. We call him a martyr.

Today there is such a cowardly government that its Minister of State for Home threatens the public in a crowded meeting. His son crushes the farmers under the wheel of a cart. Where was this police when this accident happened? Where was this government? Where was this administration? Priyanka Gandhi further said that Modi ji, I want to ask you, where is your morality?

Also read – Sumit, an eyewitness of the ongoing violence in Lakhimpur narrated the whole story, who attacked whom, know the full news

Know in which sections the case was registered

Why did the farmers of Lakhimpur Kheri become protesters?

Before this whole incident, a question arose that why the farmers of Lakhimpur Kheri present in the center of Uttar Pradesh became a protestor? The claim was made due to the statement given by the Union Minister of State for Home in late September, in which he had talked about teaching farmers in two minutes. In this statement, Union Minister Ajay Mishra was seen reminding himself of his history before being an MP, MLA.