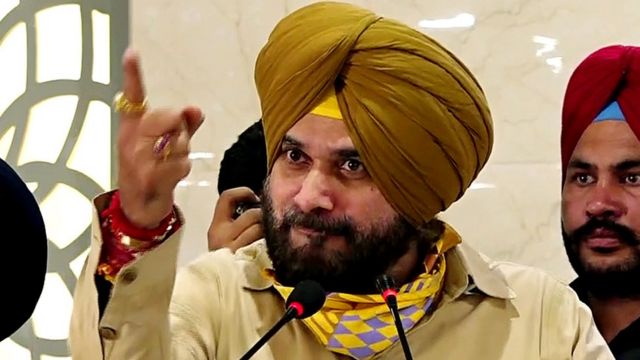 Assembly elections are going to be held in Punjab in the coming months. In such a situation, turmoil is being seen in all the political parties. Meanwhile, Congress is getting the most headlines. The internal strife of the Congress has increased so much that now its own people are talking of drowning it. Navjot Singh Sidhu has been in the news ever since the removal of Captain Amarinder from the post of CM. Now he is after Congress and the new CM of Punjab.

A video of Congress leader Navjot Singh Sidhu is going viral in which he is seen abusing Punjab Chief Minister Charanjit Singh Channi. In the video, abusing CM Channi, Sidhu is saying that Channi will sink the Congress in 2022. This video is being told from Zirakpur, Punjab. He said this when CM Channi reached late. There was a delay in reaching CM Channi but he finally reached Sidhu’s convoy. But earlier Sidhu had spoken wrong words to Channi.

There was a ruckus after the video went viral

Now this video of Sidhu is going viral from media to social media. Because of Sidhu, the Congress is facing similar difficulties in Punjab. In such a situation, this video of Sidhu speaking abusively to the CM of his own party has become a new challenge for the Congress. Many types of comments are coming from people on this video on social media and people are fiercely trolling Sidhu and Congress. Akali Dal vice-president Dr Daljit Cheema targeted Sidhu and said that he is unable to accept a Dalit as the CM. That’s why using this kind of language. People are enjoying this statement of Sidhu fiercely.

The post Now listen to Sidhu’s bad words on the new CM of Punjab appeared first on DNP INDIA HINDI.