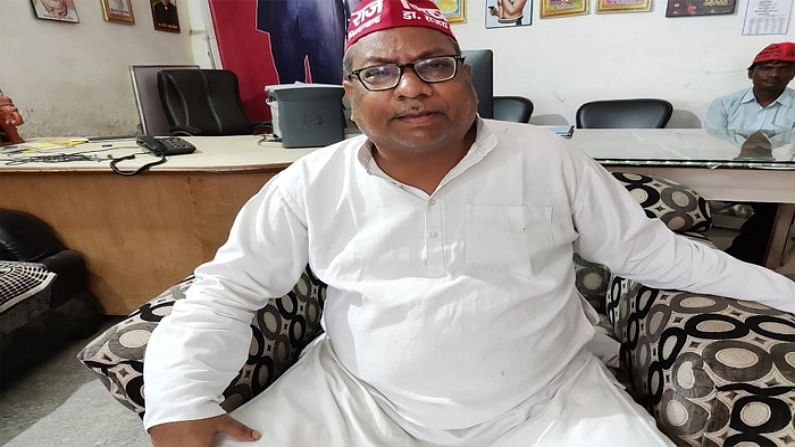 DNP DeskOn the death of businessman Manish Gupta in Gorakhpur, Uttar Pradesh, the opposition is attacking the Yogi government of the state. Meanwhile, a big statement of Dr Sanjay Nishad, the National President of Nishad Party has come to the fore. After this statement, there has been a stir across the state. Actually, expressing grief over the death of Manish Gupta, Dr. Sanjay Nishad has demanded from the government to conduct skill and psycho test of the officers working in the state. Let us tell you that the National President of Nishad Party, Dr. Sanjay Nishad is on a visit to Ayodhya. During this, he has said these things while talking to the journalists. Sanjay Nishad performed darshan-worship of Shri Ramlala in Ayodhya. After this, he claimed that in 2022 he will be included in the cabinet.

Let us tell you that the assembly elections are to be held in Uttar Pradesh next year. In such a situation, leaders of all political parties are visiting the districts of the state. In this episode, Sanjay Nishad is also on a tour of different districts of Uttar Pradesh. Today Sanjay Nishad had reached Ayodhya, the city of Shri Ramlala. Here he visited Shri Ramlala with reverence and wished Shri Ramlala to get success in the assembly elections.

Claimed to have an important role in the cabinet

Talking to reporters, Nishad Party’s national president Sanjay Nishad, who reached Ayodhya, said that when the Nishad Party came along with the Bharatiya Janata Party in 2019, today the temple of Shri Ram Lalla is being built in Ayodhya peacefully without any bloodshed. Along with this, he said that our society is very happy. During this, Sanjay Nishad took a jibe at the opposition and said that where the unrest used to spread, a temple of Shri Ramlala is being built today. Responding to the questions asked by the journalists, the National President of Nishad Party, Sanjay Nishad said that the NDA government will come again in 2022 under the leadership of Modi and Yogi in Uttar Pradesh. During this, he made a big claim and said that we will come to the House by winning more seats than the number of seats that the Bharatiya Janata Party has fixed. Sanjay Nishad made a big claim while answering a question asked by journalists. He has also claimed to be in an important role in the cabinet this time. He said, Nishad Raj had come to the cabinet in the kingdom of Lord Shri Ram. Therefore, we will come with BJP government with full majority in 2022 and Ram Rajya will be established in the state.