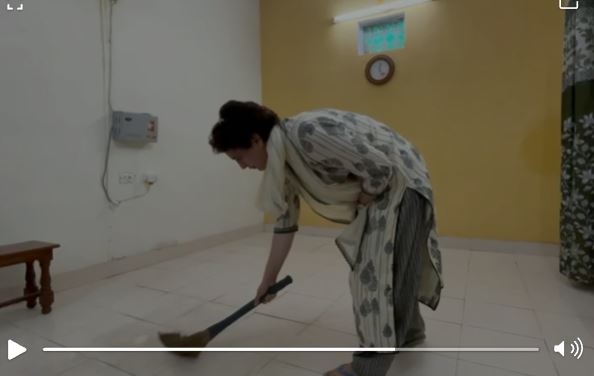 Apart from this, a video of Priyanka Gandhi has also surfaced in which she is seen sweeping the closed room. It is being said that this video was made after he was taken into custody. In the video, Priyanka is sweeping a closed room. On the other hand, Shivpal Singh Yadav has started a sit-in protest in Lucknow Police Line. Lucknow Police Commissioner DK Thakur has issued a statement regarding the arrest of Akhilesh and Priyanka Gandhi. He said that section 144 is applicable in Lakhimpur Kheri, in violation of this, today Akhilesh Yadav Shivpal Yadav Ram Gopal Yadav has been arrested. Mischievous elements set a police jeep on fire. People are being identified through CCTV, those who have burnt the police jeep, strict action will be taken against them.

Also read: Akhilesh furious over being stopped from going to Lakhimpur Kheri, said – government is more oppressed than the British, what is it trying to hide

The effect of Lakhimpur Kheri violence was also seen on trains. Several trains have been canceled after the uproar in Lakhimpur. In which 05361/62-Mailani-Bahraich-Mailani 04.10.21 and 05088 Lucknow-Mailani 04.10.21 have been cancelled. At the same time, former Jammu and Kashmir CM Omar Abdullah has targeted the UP government over the incident of violence in Lakhimpur Kheri. He tweeted and said- Uttar Pradesh is the ‘new Jammu and Kashmir’. Significantly, the matter is getting worse after the farmers who were protesting on Sunday were hit by a car. So far 8 people have been reported dead. The statement of RJD leader Tejashwi Yadav has also come to the fore on the matter. He said that people want justice to the victims, but being the son of a BJP minister, no action is being taken. Goonda Raj has been completely established in Uttar Pradesh.