Is Prashant Kishor behind the sudden uproar in the Congress party? 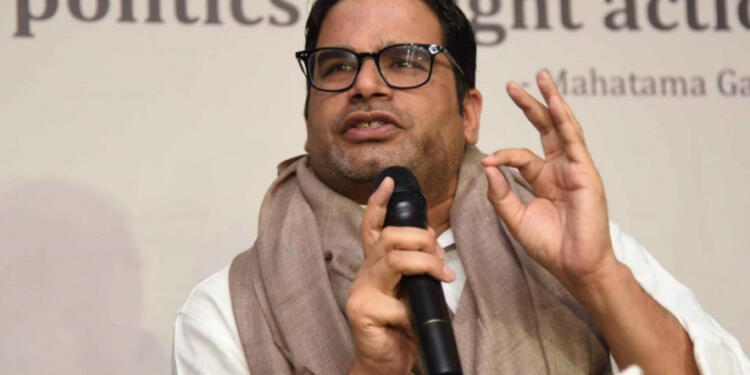 On the one hand, senior leaders in the Congress party are not being heard, and due to concerns about the future, younger leaders have found other options. In such a situation, for the expansion of the camp of alleged youth leaders of Team Rahul in the party, Rahul Gandhi has made the entry of Kanhaiya Kumar Jignesh Mevani; Although leaders like Manish Tewari also made a symbolic protest against Kanhaiya’s arrival. The important thing is that the political strategist Prashant Kishor is believed to be the reason behind their coming to the Congress, who is giving advice to Rahul every step of the way. At the same time, there is also a special thing that Rahul had an important role in whatever decisions were taken against Captain Amarinder Singh. In such a situation, there can be a possibility that Prashant Kishor may be the reason for the destabilization of the party in Punjab from the sidelines to the Captain.

It would not be wrong to say about Congress leader Rahul Gandhi that he has fallen alone in the so-called youth brigade of the party. From Jyotiraditya Scindia to Jitin Prasada have left the party and joined the BJP, while leaders like Milind Deora and Sachin Pilot have also kept distance from Rahul. In such a situation, now Rahul Gandhi has included Left leaders Kanhaiya Kumar and Jignesh Mevani in the party. Rahul is giving so much importance to these two that he himself had reached to join the party. While on one hand there were chances of Captain going to BJP, on the other hand Rahul Gandhi’s favorite Navjot Singh Sidhu resigned from the post of Punjab State President, but Rahul stayed away from that whole issue.

A male name taking all decisions

Many senior Congress leaders did not want Kanhaiya Kumar to join the party, as his arrival would make it easier for other parties to corner the party on the issue of nationalism. Manish Tiwari openly opposed this, he wrote in the tweet, “There is speculation of some communist leaders joining the Congress. Now perhaps the pages of the 1973 book ‘Communists in Congress’ may be turned again. Looks like the more things change, the more they stay the same, read it again today.” Even though there was opposition on this issue, but Rahul did not mind. This shows that Rahul is now constantly taking decisions without anyone’s opinion to take the party in his hands.

As Speculation abounds about certain Communist leaders joining @INCIndia it perhaps may be instructive to revisit a 1973 book ‘ Communists in Congress’ Kumarmanglam Thesis. The more things change the more they perhaps remain the same.
I re-read it todayhttps://t.co/iMSK8RqEiA

Prashant Kishor worked for about 6 months as an advisor to the Captain in Punjab. In such a situation, he understood the working style of the captain, after resigning from the post of advisor, the ground was getting ready in Delhi against the captain, and after Sidhu’s meetings with Rahul-Priyanka, there would also be a meeting with Prashant Kishor. Was. In such a situation, it is possible that the reason for the biggest turmoil in the Punjab Congress is Prashant Kishor, whose advice is so confident of Rahul Gandhi that he is ignoring his mother Sonia Gandhi too. Perhaps that is why Sidhu is giving more importance to leaders like Kanhaiya Jignesh.

Sonia also on the back foot

Congress leader Rahul Gandhi was responsible for the removal of Punjab Congress leader Captain Amarinder Singh from the post by humiliating him, the situation was that when Captain Amarinder Singh informed Sonia about the whole episode, she was uncomfortable and could only say sorry. It is clear that Rahul Gandhi is no longer paying attention to the words of his mother, that is, Sonia, and is taking decisions in political immaturity, which can weaken the Congress more than strengthen it. Rahul’s PK factor is possible behind all this.