Online Shopping Fraud: Shopping will make you poor! If these 5 things are not taken care of

Dipti Sharma: Where did the sportsmanship of Stuart Broad, who questioned our Deepti Sharma, go when Australia was cheated 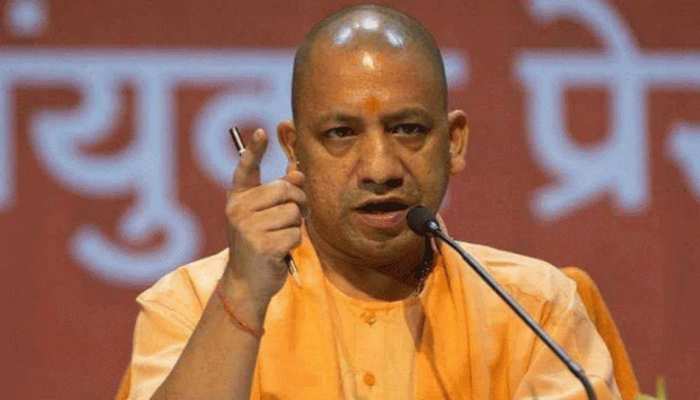 Lucknow. After Yogi Adityanath took over the power of UP once again, preparations have started to change the names of cities once again. These are cities with Muslim names and include about 12 districts, but for the time being, 6 districts are to be started. The first name in the list is Aligarh followed by Farrukhabad, Sultanpur, Badaun, Firozabad and Shahjahanpur.

UP Chief Minister in action as soon as he takes power

Apart from being the Chief Minister of UP, Yogi Adityanath is also the ‘Mathadhish’ of the famous Gorakhnath temple in Gorakhpur. During his tenure as the MP of Gorakhpur, he got the names of many areas changed. In this Urdu Bazar was converted to Hindi Bazar, Humayunpur to Hanuman Nagar, Meena Bazar to Maya Bazar and Alinagar to Arya Nagar.

In the previous tenure of Yogi, Mughalsarai railway station was named after Pt. Deendayal Upadhyay, then Allahabad Prayagraj and Faizabad

UP government’s seal on 6 districts

According to sources, there are about 6 districts on which internal consent has been reached and stamped. Also, the proposal with more concrete historical evidence is ready to be presented in the upcoming assembly session.

A source in the Aligarh administration said, “A number of intellectuals, along with a professor of politics and history, were asked last year to suggest a new name after doing research on the history and politics of the district. Six months ago, along with the facts, the new name was also proposed to the government. It is expected that this time the proposal will be approved in the assembly session.

Aligarh- Yogi Adityanath’s government has been on target since he came to the government. In 2015, Vishwa Hindu Parishad started raising this demand. Even BJP and supporting organizations have started calling Aligarh as Harigarh.

On August 6, 2021, the new Naveli Panchayat Committee of Aligarh, under the leadership of its new president Vijay Singh, passed a resolution not only to change the name but also to a new name in the Vikas Bhawan Auditorium. There is a preparation to name it as Harigarh or Aryagarh.

Farrukhabad- Mukesh Rajput is the MP from the district for the second consecutive time. Recently, he has demanded to change the name of Farrukhabad to Panchal Nagar. He has written a letter to Yogi Adityanath saying that this district was the capital of Draupadi’s father Drupada Panchal state.

Hence its name should be Panchal Nagar. They say that naming this district after the maternal uncle of Panchali, who was a symbol of women empowerment, will also work to promote respect for women power.

Sultanpur- Devmani Dwivedi, who was the BJP MLA from Lambhua seat here, has also sent a proposal to the government to change the name of the district to ‘Kushbhavanpur’. They say, the opinion of the experts of history and the common people are very similar. Sultanpur was not settled by the Sultan of any Mughal rule but by Shri Ram’s son Kush.

Badaun- No proposal has come from this district yet, but the name of this district is in Yogi’s list. He had also indicated this in a program in Badaun on 9 November 2021. He had said, Badaun was the center of study of the Vedas, due to which it was named Veda Mau in ancient times.

Firozabad- The district panchayat here also met on August 2, 2021 and passed a resolution to rename the district as Chandra Nagar. Here the proposal has also gone to the government.

Shahjahanpur- Manvendra Singh, who was an MLA from here, has also sent a proposal to the government. He has suggested to name Shahjahanpur after Bhamashah close to Maharana Pratap and Shajipur after another name Shaji.

Proposals started being prepared in these districts

Mainpuri- On August 16, after a meeting of the district panchayat level in Mainpuri, a demand was made to change the name to Mayan Puri.

Careful- There is a demand to rename the district as Kalki Nagar or Prithviraj Nagar.

Singjeepur- From here, Alka Rai, wife of veteran leader Krishnanand Rai, is demanding to change the name of Ghazipur to Gadhipuri a year ago.

Kanpur- Instructions have been given to the administration to make proposals regarding names in Rasulabad and Secunderabad and Akbarpur Rani of Kanpur countryside.

Agra- In Ambedkar University, the work of gathering evidence in favor of the new name of Agravan district instead of Agra is going on.

Expert opinion about not changing

Agra Arunodaya Bajpai, Associate Professor, College Agra, says, “The first concern of the governments should be to provide bread and employment. People come to Agra to see the Taj Mahal, but due to poor arrangements they are staying in Jaipur. It would have been more logical if Yogi had first paid attention to tourism and the scarcity of water here, gave employment to the youth and then corrected the mistakes of history.

A university here was named Ambedkar, but did it become the best university in the state, country or the world? The situation is like that. Not only the present government but Mayawati, Akhilesh Yadav all did the same thing. If BJP continues to grow on their drawn line, then what will be the difference? The politics of symbolism and identity gives votes to the parties, but the people get nothing.”

Dr. Amarnath Paswan, Assistant Professor at BHU, says, ‘Earlier governments have been doing the work of changing the name, but the present government has done this work by bypassing all the limitations. In a way, a false history writing continues.

Mughalsarai station was renamed as Pt. Deen Dayal Upadhyay, what is his contribution after all? Every government invents its new heroes, but the real heroes keep throwing dust on the pages of history. It is a simple matter that the Chief Minister of UP is fulfilling the agenda of ‘Sangh’.

Dipti Sharma: Where did the sportsmanship of Stuart Broad, who questioned our Deepti Sharma, go when Australia was cheated

‘Heart of Stone’ first look out, every Indian proud to see Alia Bhatt in Hollywood action

Get a Nissan Magnite by making a down payment of Rs 1 lakh View all details including house, loan and monthly installment

Without knowing that the lungs should not be bad, knowing from the doctor how to check the lungs sitting at home

The king of Vietnam who got 200 people killed after his death, people still go to the fake grave