In Punjab, Captain Amarinder Singh will really take revenge for insult from Congress 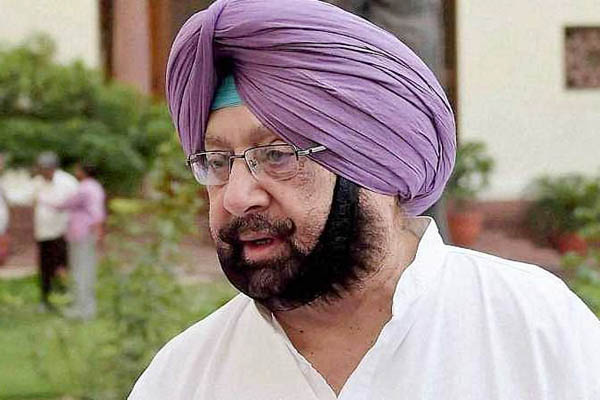 New Delhi . Former Punjab Chief Minister Captain Amarinder Singh seems to be in a mood to avenge the ‘insult’ from the Congress. Former Chief Minister Captain Amarinder Singh, who has announced his departure from the Congress, is now all set to launch his own political party and may even consider an alliance or seat adjustment with the Bharatiya Janata Party (BJP) in the state in view of the upcoming assembly elections. Huh. People familiar with the matter gave information about this. The former CM Capt shared the information shared by people aware of his thinking after his recent meetings with Home Minister Amit Shah and NSA Ajit Doval. However, people familiar with the matter could not say whether the proposed tie-up between the Captain and the BJP would be based on steps taken by the central government to break the impasse over three agricultural laws, a highly emotional issue in the state and at present. The popular base of BJP has been weakened. Amidst these speculations, Captain Amarinder Singh only said that he is not going to do politics through media statements. He said, ‘I will fight my battle in the field, in the court of the people.’ He said that he would again travel to Delhi and meet senior disgruntled Congress leaders (known as G-23) who are worried about the dilapidated condition of the party.

Technically, Captain Amarinder is still in the Congress, but he has said that he has no intention of continuing in the party. It is believed that a formal departure from the Congress can happen when his political plans are completed. “I am going to ask G-23 to come out on the field and reach out to people instead of expressing concern on social media,” he said. Let us tell you that most of the leaders of the G-23 group want a change in the organization and leadership and not a way out of the party. Captain Amarinder Singh denied that anyone from the Congress had approached him after it became public that he would resign.

But a senior party functionary revealed that (in response to media reports from the captain that he was feeling humiliated) Congress President Sonia Gandhi had sent him a message to convey that she wished him well and Sonia Gandhi had no such intention at all as the Captain feels. Sonia Gandhi reportedly said that this is not her way and she does not intend to humiliate her colleagues and her people at all. In fact, Captain had resigned from the post of Chief Minister of Punjab on 18 September at the behest of the Congress high command. After this he had openly expressed his displeasure and said that I was insulted in the party. He had said that when a senior leader like me is being insulted like this in the party, then how will it happen to the common workers. Not only this, when the Captain announced to leave the Congress yesterday also, he said that I am leaving the Congress because I cannot bear the humiliation.