Even before, a lot of blood was shed in the farmers’ movements, the farmers had taken to the streets against the Maya government too. 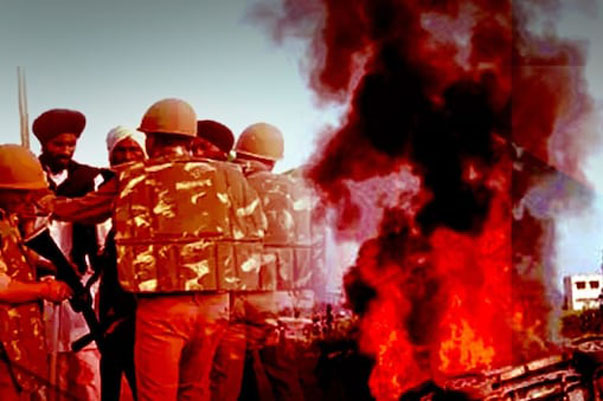 -Western UP has always been ahead in farmer movements
– In the welfare government, there were bullets on the farmers in Ramkola
Along with the farmers, the police personnel have also gone.
Dadri farmers were agitated in the soft government

Lucknow. The farmers’ movement, which reached UP from Delhi, started with a violent movement. A total of eight people were killed in this. In which apart from the farmers, many other people were also involved. Although there was no casualty in the orgy on the Red Fort on the occasion of Republic Day in the year 2020 by the ongoing farmers’ movement in Delhi, but there was a large-scale disturbance and violence. In which many people were also arrested after the police action. In all the farmer agitations in UP before the agricultural laws, the blood of the farmers as well as the policemen was shed. Whether it was Mayawati’s government in UP or Kalyan or Mulayam, all the governments had to face farmer agitations.

In the year 1992, when Kalyan was in government, two farmers were killed in firing by the police in the agitation of sugarcane farmers in Ramkola, Kushinagar. Former Prime Minister VP Singh was leading that farmers’ movement. The bloody farmer movement from Noida to Bhattaparsaul in the state on the issue of forced acquisition of land and increasing the compensation amount is still not forgotten by the people. However, even before Bhattaparsaul, there were many farmer agitations in the state. In which the farmers also lost their lives in the struggle with the police. It is a different matter that most of the farmers’ agitations have originated from western Uttar Pradesh. A movement movement also took place in eastern Uttar Pradesh.

The farmers’ movement in the state flared up rapidly from the year 2007. At that time there was a government of Mayawati in the state. In Dadri, the farmers started an agitation against giving land for the Reliance power plant. Former Prime Minister Vishwanath Pratap Singh had come out openly in favor of farmers under the flag of Kisan Manch in protest against forcible giving of land to farmers in Dadri. After this, the agitation by the farmers of Dadri’s village Ghodi Bachhedi demanding increase in compensation gradually took a very violent form. Four farmers were killed in this movement.

At that time the state government had increased the compensation amount after this incident. In the year 2009, farmers of Bajna in Mathura protested in Dadri. During the tenure of Mayawati government, four farmers were shot in this movement. After which a farmer also died. In the year 2010, there was a big and fierce agitation demanding compensation at par with Noida in protest against the acquisition of land for the township at Tappal in Aligarh along the Yamuna Expressway. In this movement of Tappal, three farmers and a policeman were killed. Even after the Tappal agitation, the state government had increased the compensation to the farmers.

In the 2011 farmers’ agitation in Bhatta Parsaul, three police officers were killed and three farmers were killed in clashes. But seeing the movement not calm down again, the state government canceled the plan to Tappal township in view of the seriousness of the situation. Later it was reinstated after the matter was settled. Six days after Tappal, there was an agitation in Jalesar, Agra in protest against the forced land for the township and demanding increase in compensation. In the year 2010 itself, the farmers’ movement became fierce in the Karchana area of ​​Allahabad. The land was being acquired here for the power plant being set up in the private sector. Even in the movement here, a farmer was killed.