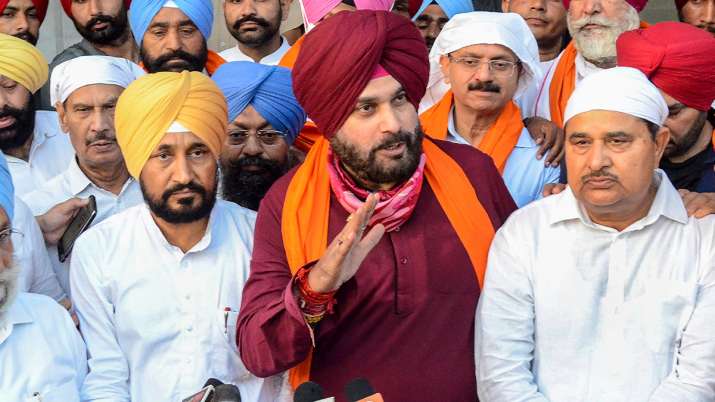 DNP Desk: The ruckus in Punjab Congress is not taking its name to stop. All is well within the party is being tried by the Congress high command. Even after this, the ongoing turmoil within the party is not taking its name to stop. Regarding Navjot Singh Sidhu, even the Congress high command remains in suspense as to what will be Sidhu’s next step. Recently, Navjot Singh Sidhu, who played an important role in making Charanjit Singh Channi the Chief Minister of Punjab, resigned from the post of Congress State President. Since then, the suspense remains intact within the party. However, all efforts are being made by Channi to persuade Sidhu. Even after that, a positive attitude is not being shown from Sidhu’s side yet. However, the party leadership including Channi is waiting for Sidhu’s next stand under the strategy of wait and watch.

Didn’t it happen in Sidhu-Chani’s meeting?

Navjot Singh Sidhu, who played an important role in making Charanjit Singh Channi the Chief Minister of Punjab, had resigned from the post of Congress State President. After this Sidhu distanced himself from many Congress leaders. Charanjit Singh Channi himself came forward seeing the matter getting complicated. He held a meeting with Navjot Singh Sidhu on 30 September at Punjab Bhawan in Chandigarh. There were speculations that everything would be fine after this meeting. But the picture after the meeting raised more concern for the Congress. Let us inform that in-charge Harish Rawat also attended the meeting with the intention of reconciliation. Congress leader Bhupinder Singh Gora came out after the meeting and claimed in front of journalists that all was well. Talking to reporters, he claimed that now there will be a press conference. But shortly after this, all the Congress leaders were seen leaving in their respective vehicles from Punjab Bhawan. This picture ruined the promise of Congress leader Bhupinder Singh Gora.