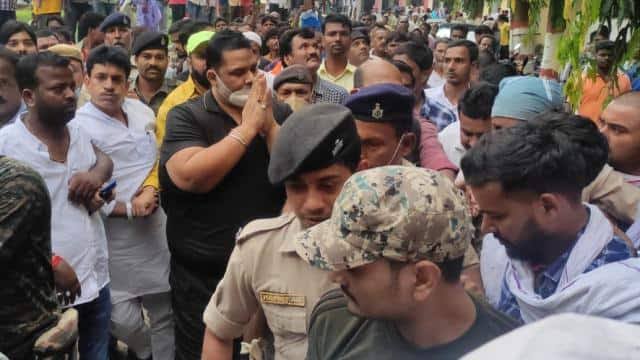 Jan Adhikar Party President Pappu Yadav has got a big relief from the court. The special court of the Madhepura Behavioral Court has ordered the release of the Jaap supremo in the 32-year-old kidnapping case. He has been released. Delivering the final verdict today, the Additional District and Sessions Court Special Court Madhepura Nishikant Thakur ordered the release of Pappu Yadav due to lack of evidence.

Pappu Yadav, who was in jail for the last 5 months, was released today, he was in jail since May 11. At the same time, the politics of Bihar can heat up with the release of Pappu Yadav just before the by-election.

Let us inform that the dates for the by-elections in Bihar have also been announced. RJD and NDA have also announced their candidates. At the same time, the Jaap party is also preparing to try its luck in both the seats this time. There is enthusiasm among the Jaap workers and supporters for the release of Pappu Yadav just before the by-election.

Let us also tell you that after the release, Pappu Yadav thanked the public by tweeting. He said justice happened, conspiracy exposed. Today, with the blessings of the public, the insult was acquitted. It was proved that I was imprisoned in a fake case. Thanks to the court.

Let us tell you that while going to jail, Pappu Yadav had alleged that he was deliberately implicated by the ruling party.

what was the whole matter

Let us tell you that during the elections in the year 1998, two people were kidnapped from Murliganj. In this case, a case related to kidnapping was registered at Murliganj police station, naming Pappu Yadav, former MP of Madhepura. Later a settlement was reached as well as Pappu Yadav got bail. But in this 32-year-old case, Pappu Yadav’s bail was broken due to lack of timely attendance and submission and he was arrested from Patna on May 11.