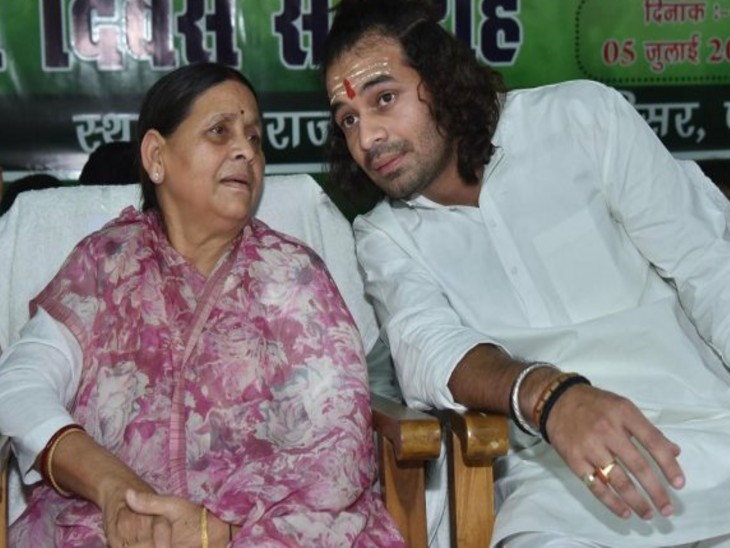 The list of star campaigners of RJD has been released yesterday. Earlier there were reports that Tej Pratap’s name is missing from the list of star campaigners, but now the names of Misa Bharti and Rabri Devi are also missing from the list. Significantly, on Wednesday itself, RJD supremo’s friend Shivanand Tiwari had said in a statement that Lalu Yadav’s elder son Tej Pratap himself has been expelled from the party (RJD). Let us inform that by-elections are going to be held in two assembly seats of Bihar. However, in the list of this star campaigner released by RJD, Lalu Prasad’s name is at number one and Tejashwi Yadav’s name is at second place.

Lalu Yadav is at number one

RJD has made 20 people star campaigners for the Bihar assembly by-elections. By-elections are being held in Kusheshwarsthan and Tarapur assembly constituencies. Looking at the elections, supremo Lalu Prasad Yadav has been placed at the top of the list while Tejashwi Yadav’s name is at number two. Everyone is surprised that the names of Rabri Devi and Misa Devi are not there in the list. Every time the names of Misa and Rabri were definitely in the list of star campaigners. Meanwhile, Tejashwi Yadav met Congress leader Ashok Ram. The meeting of both is being considered important as the relations between RJD and Congress had seen sour in the past. The meeting of the two leaders could be a sign of reconciliation.

Masaba Gupta had to liplock in front of her father Vivian, angry people reminded her of her rituals