UP: Two farmers injured in collision with car of supporters of Union Minister in Lakhimpur Kheri, angry farmers set fire to vehicles 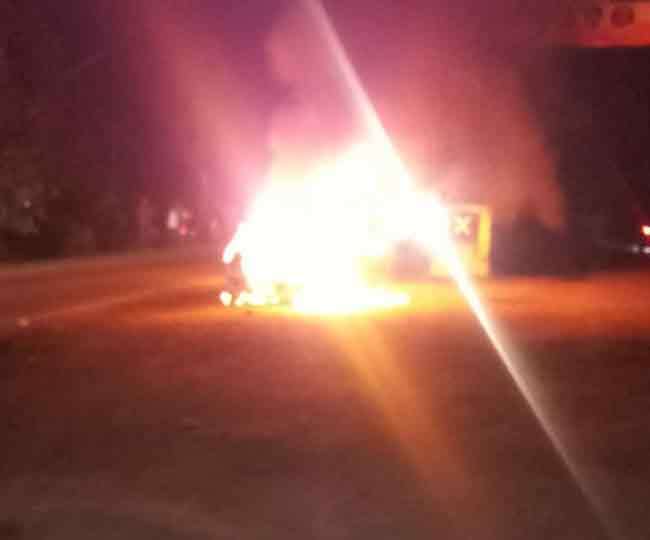 The opposition has united after this accident in Lakhimpur Kheri. Congress leader Priyanka Gandhi has attacked BJP over this incident. Priyanka Gandhi took to Twitter and wrote, “How much does the BJP hate the farmers of the country? Don’t they have a right to live? If they raise their voice, will you shoot them, will you trample on the car? Enough. This is a country of farmers, not a fiefdom of BJP’s brutal ideology. Kisan Satyagraha will be strengthened and the voice of the farmer will be louder.”

Randeep Surjewala took a jibe at the BJP government

Let us tell you that the assembly elections are to be held in Uttar Pradesh next year. In such a situation, all the political parties have started preparing from now. Congress is seen in active mood in Uttar Pradesh. In such a situation, the Congress has not been spared from besieging the government on every occasion, but it has been seen. In this episode, Congress spokesperson Randeep Surjewala has taunted the BJP government regarding the Lakhimpur Kheri accident. He said, “The Modi government has become so thirsty for the blood of the farmers that in Lakhimpur Kheri, the son of the Minister of State for Home ruthlessly trampled many farmers with his car. From Karnal to Lakhimpur Kheri, your power has created a “bloody orgy”. The photos are gruesome but show the truth of BJP.”