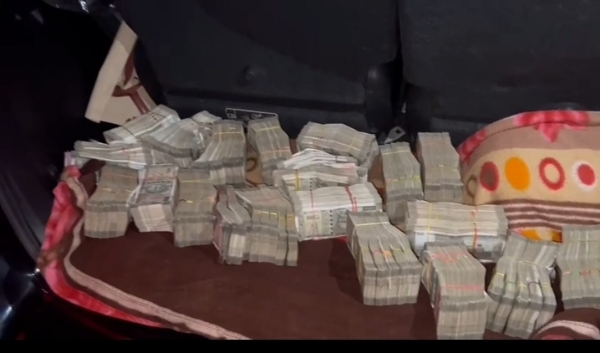 Kolkata . Three Jharkhand Congress MLAs have been arrested with a huge amount of cash in the vehicle in Howrah district, adjacent to Kolkata, the capital of West Bengal. Confirming this, the Howrah Rural Police said that they were stopped near Ranihati Mor of Panchla police station area. The police had already received information about the presence of cash in the vehicle, after which they were caught from all sides. The red colored board of Jamtara MLA was also installed on the black colored Innova vehicle. In this three Congress MLAs Irfan Ansari, Rajesh Kashyap and Naman Dixit were on board. There is so much cash in the vehicle that a note counting machine has been called to count it.

Police have told that the vehicle from which the cash was recovered is registered in the name of Naeem Ansari who is also a contractor in Bokaro. All the three MLAs have been arrested. The driver has also been arrested along with them. They have not been able to show concrete documents about where these people came from such a huge amount of cash. The special thing is that amidst the recovery of 50 crores cash and crores of gold and silver items from the house of state’s big leader Partha Chatterjee and his female friend Arpita Mukherjee, arrested in the teacher appointment corruption case in West Bengal, Congress MLAs in this way. Getting huge amount of cash from the car has become the headlines.

Enforcement Directorate (ED) officials have also taken cognizance of this and obtained information from the police. It is learned that the three MLAs were about to go to Jharkhand via Mednipur with cash, but they have been arrested and stopped in Howrah itself. At present, the statement of the MLAs has not been received.