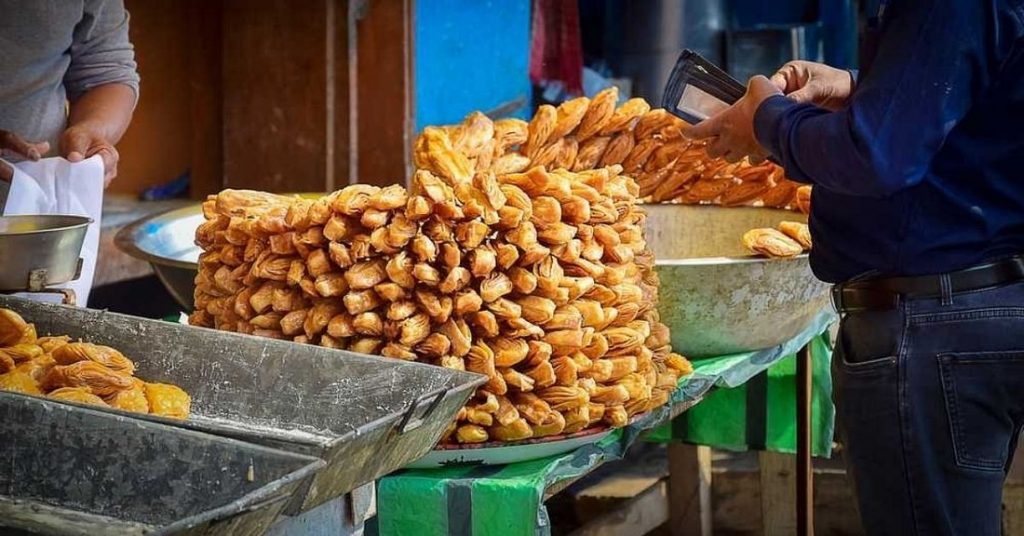 If there is anything that can give a Bengali as much pleasure as eating machh-bhaat and maangsho (meaning fish, rice and meat), it is travel. To find a nice place to visit and delicious food to eat, they just get drawn to that side. Actually, Bengalis have a passion for food and travel.

The seaside town of Puri in Odisha is also loved by Bengalis. The reason could be anything – whether it is a weekend getaway, a long vacation, a pilgrimage or a honeymoon. The middle class Bengali family goes to Puri once in their life and this is not the case today. Bengalis have been coming here for holidays for decades.

Puri’s most special and favorite sweet

If I talk about myself, I have visited Puri more than ten times. But for me the journey there is more for the taste of the food than the spirituality. The delicious food of Puri fascinates me. Watching the sea while eating prawn chops at a beachside stall or soaking in the sweetness of the local flavored Khaja dessert is a different experience. For me, Puri is a beautiful journey with great taste.

From Bada Danda or Grand Road to the entrance of the famous Lord Jagannath Temple, you will find Khaja, the most special and favorite sweet of this city. But I was very surprised when one of my Odia friend told that in fact Khaja is not the sweet of this state.

Then I started looking into its history. Many stories of the history of Khaja’s formation and coming till 320 BC went on unfolding in front of me layer by layer.

This golden-colored crispy sweet, made from wheat, sugar or jaggery, is soaked in a layer of sugar syrup. To some people it looks like filo pastry or bakwala. Flour is prepared by churning maida with sugar water and then this sweet, curved shape with several layers is prepared. Sometimes stuffing is also done in it. Then it is fried in oil on medium flame and then somewhere it becomes golden colored, crispy sweet.

Now before you say that so much ghee, oil and sweet! It is full of calories. So let me tell you that even in olden times it was called nutritional food or energy food. It is mentioned in Rigveda. Also, in the Arthashastra, Chanakya has addressed Khaja as ‘the food that earns power’.

The stories of Khaja’s origin and popularity are as interesting as its texture and taste. According to one story, the history of Khaja is linked to Agra and the eastern part of Awadh, which gradually made its way into the whole of Uttar Pradesh and Bihar. Another story tells that it was first built in Silao, a small village in the Maurya Empire. At present, this village is situated between the ancient city of Mithila and Nalanda in Bihar.

Wheat was one of the most important crops during the Maurya period. This flaky sweet made from wheat flour, took care of both the health and taste of the people living there at that time. Chinese traveler Hiuen Tsang came to Silao in search of the ancient city of Mithila and it was here that he tasted Khaja for the first time. Then he compared it to baklava, a Middle Eastern dish.

Some reports also say that Gautam Buddha stayed somewhere near Silao during his visit to Rajgir. There some local people presented him sweets and the spiritual master asked his disciple to taste it too. This is how Khaja became popular.

Another passage suggests that the archaeologist J.D. Bagler visited Silao in 1872–73. At that time some people mentioned the origin of Khaja as being related to King Vikram Dutt. Baglar’s research helped this sweet get the GI tag in 2018.

Apart from Silao, we find another interesting reference to the origin of Khaja, linking it to South India. The texture, taste and name of Gottamkhaja ​​and Madatkhaja ​​sweets from Andhra Pradesh are very similar to it. Bas Gottam Khaja is a bit dry, but Madatkhaja ​​has a juicy inside.

Unlike Silao’s Khaja, Andhra’s Gottamkhaja ​​and Madatkhaja ​​have a slightly thicker and tougher outer layer and like Khaja, both these sweets are also made from wheat flour. Apart from the texture and ingredients used, there are also some historical references that connect Khaja Sweets with South India.

According to a report, a 12th century text Mansolasa (Abhilashitarth Chintamani), it is mentioned inMansolasa According to the U.S., it was a royal sweet, often gifted to the royals. Chef, used to add cloves and cardamom to it for aroma and taste. In this way, Khaja was made special from mango and sent to the royal houses.

Journey to the Mahabhog of Puri

The journey from coming to Odisha to becoming a part of the Chappan Bhog served at the Jagannath Temple saw many changes in the khaja. Its taste and texture have been tampered with since the 12th century. In order to prepare the pastry, ghee and maida are also being mixed with wheat flour in it.

Food expert Minati Pari, in an article says that adding refined flour increases the elasticity of the dough. This gives more moisture to the flour and it can absorb the syrup better and easily. Sugar syrup was earlier made from palm molasses. Chef Ajay Sahu, Leela Ambience Gurugram says, “This whole dough making process called paga acts as a moisture packer to retain air and absorb the sugar syrup. This process is what really makes Khaja unique and special. Local ghee is added to it to retain the moisture.

There is another specialty of making it, due to which it has been given a place in Chappanbhog and that is the time to fry it at the right temperature and keep it soaked in sugar syrup.

Combination of Spirituality and Taste

Puri khaja ​​is popular all over the world today due to its excellent taste. However, along with the taste, some of its popularity should also be attributed to the traditional method of dipping it in sweet syrup and placing it on a sal leaf, as this leaf imparts a special aroma to the khaja.

So now next time whenever you go to visit Puri, then definitely taste the Khaja. You don’t have to struggle to find the best shop, so that we can help you a little. Kakatuar Dokan is a reputed Khaja shop. Apart from this, there is also a 36 year old shop Original Narasimha Sweets near Khaja Patti.

Whatever be the story of this sweet being made and coming from Bihar to South India. Overall, its history is associated with both spirituality and taste. The taste of Khaja, immersed in the glow of sugar syrup filled with ghee, will drag you here again and again.

Also read: The Prime Minister who took a loan of Rs 5000, the wife repaid the loan after death

If you’ve been inspired by this story, or want to share any of your experiences with us, write to us at [email protected], or Facebook & TwitterTwitterContact on

The post This Wheat Dessert is part of Jagannathpuri’s Bhog to Chanakya’s Arthashastra appeared first on The Better India – Hindi.