The Prime Minister who had taken a loan of Rs 5000, the wife repaid the loan after death 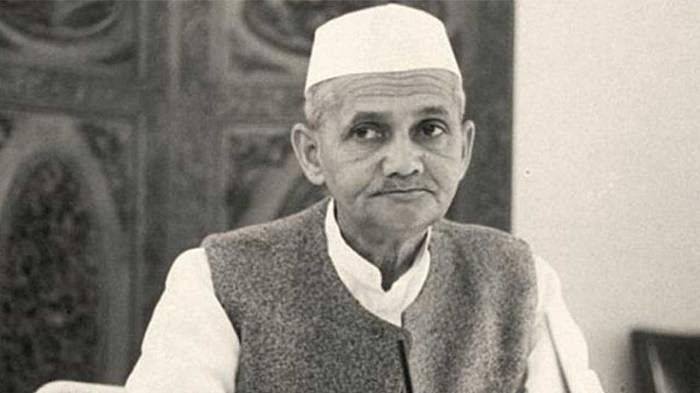 Former Prime Minister Late Lal Bahadur Shastri was a simple living and high thinking personality. His whole life is exemplary for every person. By giving the slogan ‘Jai Jawan-Jai Kisan’, he not only boosted the morale of the soldiers posted on the border to protect the country, but also boosted the self-confidence of the farmers who feed the countrymen by producing food grains in the fields.

As the second Prime Minister of the country, he tried to understand the ground reality very well. He himself rose to this position by rising from the life of poverty. This was the reason that during his short stint in office, whatever work he did was a lesson to the generations to come.

During the Indo-Pak war of 1965, the steps taken by him as Prime Minister got him recognition throughout the country. Also, during his tenure, he tried to strengthen the milk industry. Also, he made a lot of efforts to promote the feeling of equality among the people.

On the occasion of his birth anniversary on October 2, we have brought some such stories related to Lal Bahadur Shastri ji from the window of history, which very few of you would know.

Shastri ji had to go to jail several times during the Indian freedom struggle. Political commentator, Dr. Sandeep Shastri in his book ‘Lal Bahadur Shastri: Politics and Beyond (2019)’ has revealed that in those days, his daughter Suman fell seriously ill. Shastri ji was given 15 days leave from jail. But unfortunately before their leave ended, their daughter passed away. Despite this, he returned to jail in due course. The reason he did not spend his entire leave was, “I was given leave to take care of my daughter, who is no more, so it is my duty to go back to jail.”

During that time another incident happened in the jail. At that time Lala Lajpat Rai had established the ‘Servants of India Society’, which provided financial assistance to the poor leaders fighting for freedom. The society also used to give Rs 50 every month to Shastri ji to run the household expenses. When Shastri ji came to know that out of this Rs 10 is left, he wrote a letter to the society saying that since my family gets Rs 40, my financial assistance should be reduced to Rs 40.

Shastri ji’s life is a school of struggle. Due to lack of money during school days, he used to swim and go to school to study. Because they had no money to travel by boat. [आसपैसेनहींहोतेथे।

3. Stick to Your Bid

Anil Shastri, son of former Prime Minister of India, Lal Bahadur Shastri, told the Times of India that once a demand arose in the house that we should buy a car. Shastriji, a man of limited means, had only Rs 7,000 in his bank account to buy a green Fiat car. While the cost of the car was Rs 12,000. To meet the need of the hour, he had taken a loan of Rs 5,000 from Punjab National Bank with a promise to repay every penny. But he died in Tashkent (1966) before the debt could be repaid. Later his wife Lalita Shastri paid off the bank loan from her pension.

India had to face drought in the years 1965 and 1966. Due to this, there was a shortage of food grains in the country. Shastri ji first helped people in the white revolution related to milk. Then after that, he inspired people for home food production. Also, he urged every family to grow wheat or rice in their own homes. By growing food grains in his own residence on Janpath in Delhi, he started the movement.

This was the period when India used to send out its wheat produce while on the other hand a large part of the population was on the verge of starvation.

During this time Shastriji and his family thought of giving up one meal. After its success, a call was made on All India Radio (AIR) to every citizen not to eat food once a week. This nationwide fast defined the literal meaning of his popular slogan Jai Jawan-Jai Kisan, which said that the farmers of the country were as important as the soldiers.

Soybean is a healthy food, from which the body gets a lot of protein. But…