The ‘Makhana’ eaten during Navratri fast is a treasure of health, foreigners also considered super food 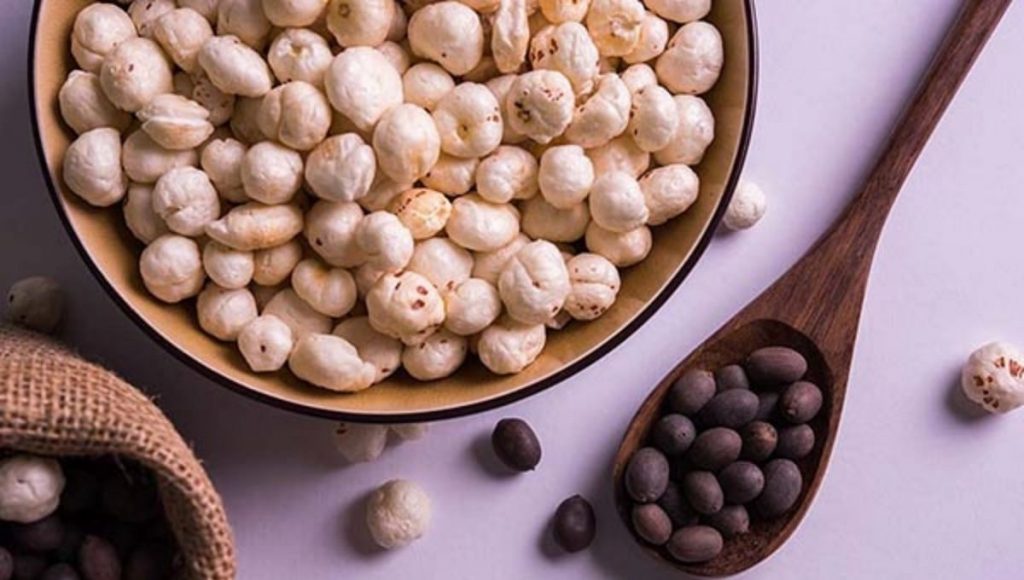 There is hardly a better introduction of Mithilanchal of Bihar anywhere else. It means that where there are ponds on every step, there is fish, makhan, the speech of the people is sweet, there is a smile on the face and with it there is paan in the mouth, in fact this is the identity of Mithila region. The northern part of Bihar is called Mithilanchal and this part is the largest producer of Makhana. Makhana is not a new thing for us Indians. But there are many such facts related to this, which may seem new to hear.

Makhana, which has made its mark internationally as a ‘superfood’, is more known as a fasting diet in India. Especially that it is used in worship-festivals. But health experts say that makhana can also be included in your diet in general. It is a good diet for health and fitness. That is why not only in India but also in other countries, Makhana is very popular. Makhana cultivation is highest in Madhubani, Darbhanga and Purnia districts of Bihar.

Apart from this, Makhana is also grown in parts of Assam, Meghalaya and places like Gorakhpur and Alwar. At the same time, talking about other countries, some of its wild species are also grown in Japan, Korea, China, Russia and Bangladesh. It is known by different names in different places such as Phool Makhana in India, Fox Nut in English, Gorgon Nut according to Greek Mythology, and also known as Lotus Seed in some places. The botanical name of Makhana is Euryale ferox salib, which is also colloquially called lotus seed. It is a crop that is grown in water.

Bihar alone accounts for 90 percent of makhana production. In this also Satyajit Singh, the founder of Bihar-based company Shakti Sudha Industries, claims that his company Shakti Sudha contributes at least 50 percent of this production. Satyajit Singh is known as the ‘Makhana Man of India’. Because he not only started his own company but also taught 12000 farmers to cultivate Makhana. Today his company is supplying about 28 types of Makhana products in the country and abroad.

Why is Makhana a superfood

Now the question comes that why is the demand of Makhana increasing so much in the country and abroad? I still remember that my grandmother often used to distribute makhana among the children. She used to say that ‘eat salt, instead of chips, eat makhana, it will be felt in the body.’ Today, when I talked to the dietician about the benefits of Makhana, it came to know that the grandmother was absolutely right. Dietitian Archana Batra, who has been helping people stay fit and healthy for the past several years, says that there is no doubt that Makhana is a ‘superfood’. The reason for this is the nutrition available in the makhana. It contains a good amount of Vitamin B1.

Makhana is being cultivated in India since about 200 years ago and since then it is a part of Ayurveda in India. Apart from Indian Ayurveda, it has also been used for years in the preparation of traditional medicines in China.

Makhana is used in the preparation of traditional dishes like Kheer etc. in rural areas of India. At the same time, it is emerging more as a snack in urban areas. Often people roast makhana in ghee and store it and eat it for a long time. These days, snacks of different flavors of Makhana are being prepared and delivered to the markets. As there is increasing awareness among people about the benefits of Makhana. By the way, different types of experiments are being done on the food products made from it.

At the Makhana Research Center in Darbhanga, the researcher is emphasizing on making different types of things from Makhana. Here an attempt was made to make Makhana ki Barfi and Kalakand. Also, chapatis and pakoras were made by preparing makhana flour with wheat flour. According to research, both Makhana-wheat flour rotis and Makhana Kalakand are great options for health-conscious people. Apart from this, Makhana seed powder is also being prepared.

In China and Japan, Makhana is not only used as a snack but also as a vegetable. The roots of its plant, which are called rhizomes, are eaten as a vegetable. The stem and leaves of its plant are also used in both countries. Special tea is also made from the leaves of Makhana plants. In China, its seeds are powdered to make baby food. In addition, makhana seed paste is also used in making pastries and cakes. Apart from Asian countries, now the demand for Makhana is increasing in America, London also.

Satyajit explains that apart from providing Makhana to different parts of India, he has also exported 2 tonnes of Makhana to America and Canada this year. He is getting consistent good response and hence he is now working more on the online segment of his business. Satyajit’s dream is to make Makhana as popular as ‘California Almond’ across the world. Apart from Shakti Sudha, many other companies are doing Makhana business so that this year old ‘desi superfood’ can be passed on to the generations to come.

Why public anger erupted on Shah Rukh Khan’s darling Aryan Khan, fans said – so much pride is not right

Mirror plays an important role in giving elegant and modern look to any house. Its…