Supreme Court strict on farmer movement, said- you have suffocated the whole city 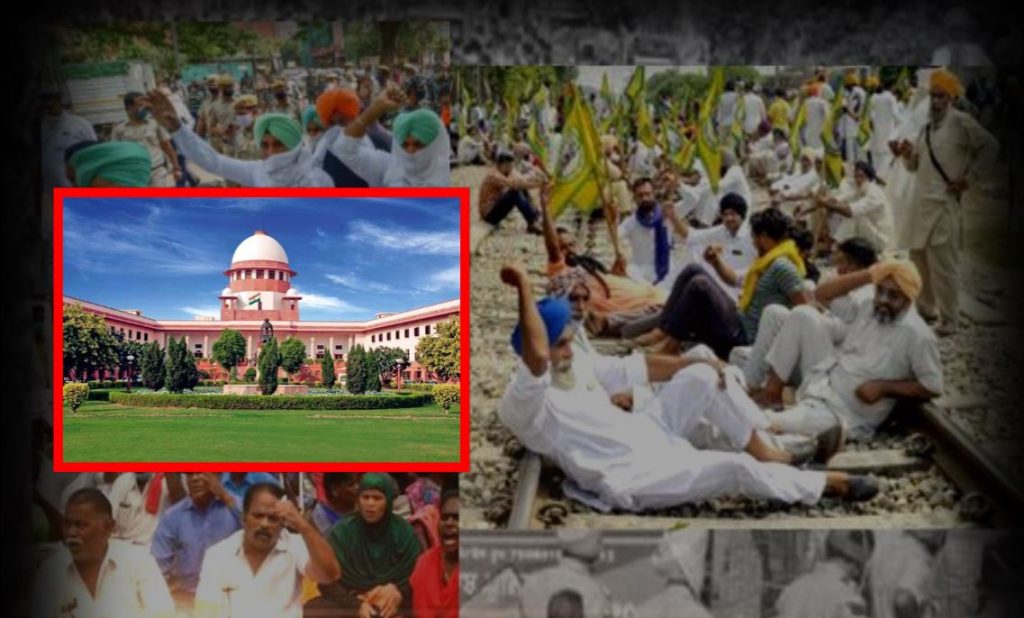 The Supreme Court on Friday reprimanded farmers’ organizations seeking permission to protest at Delhi’s Jantar Mantar in protest against agricultural laws. Taking a stern remark, the court said that you have suffocated the entire city of Delhi. Highway is blocked.

The organization had said that 200 farmers should be allowed to unite to hold a peaceful and non-violent protest at Jantar Mantar. In response to this, the court said that after suffocating the entire city, you want to come inside the city. Are the citizens living here happy with this performance? These activities should stop.

After coming to the court, he should be believed
A bench headed by Justice AM Khanwilkar said that after challenging a law in the courts, the court should be relied upon. You have the right to protest, but people cannot be put in trouble due to the blockage of the National Highway.

The court said that whatever the problem is, its solution can be found through judicial forum or parliamentary discussion. Let us tell you that a Noida woman has filed an application in the Supreme Court saying that due to the Delhi border being blocked, it takes two hours instead of 20 minutes to reach Delhi from Noida and it is like a nightmare.