Shocked to see the price in the market, made my own air purifier at 50% less price 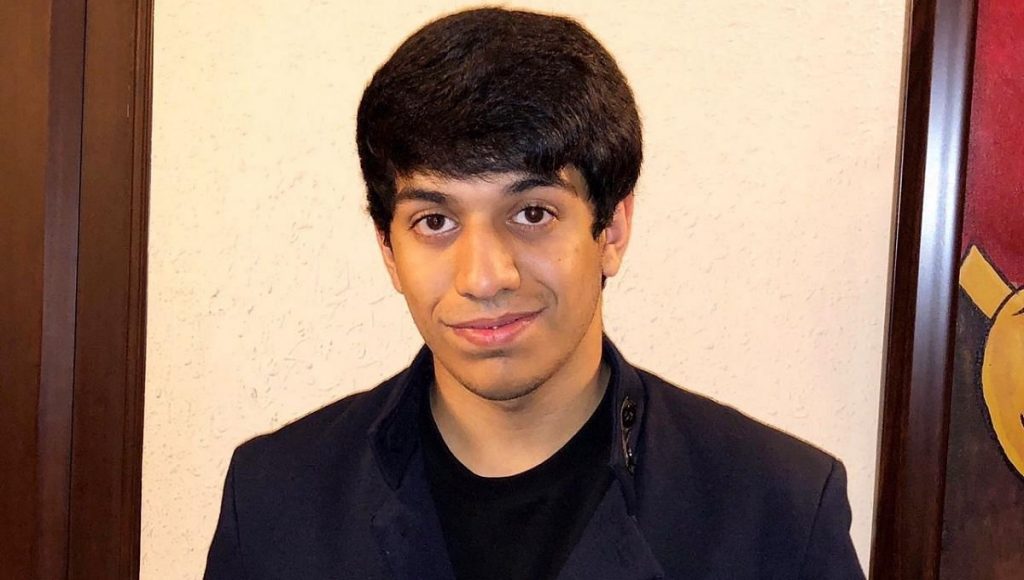 You will be shocked to read this statistics related to air pollution. In fact, according to IQAir AirVisual’s 2019 World Air Quality Report, 21 of the 30 cities with the highest air pollution in the world are in India, with Delhi leading the way. This is the reason why children living in these cities are more prone to respiratory problems. Today we are going to tell you the story of one such child, who had to face these problems in childhood, but when he grew up, he designed such a device, whose benefits are now available to people.

20-year-old Krish Chawla, who lives in Delhi, had to be surrounded by things like masks, nebulizers as a child due to air pollution. Krish, who is studying engineering in computer science, says, “I started having shortness of breath from a very young age. That’s why I always had a N95 mask, nebulizer in my house because if I went out somewhere and that too without a mask, it would take no time to get sick. That’s why it was very rare that I used to go out anywhere without a mask. Apart from this, the air purifier was always on at home and the windows of the house were kept closed so that the air from outside did not come in at all.

Who would want to live like this now? But Krish had no other option. He says that many people in the country get serious diseases due to air pollution. As such, he was lucky that his family was rich enough to provide all the necessary resources for him. “I have had a habit since childhood and that is to open the machines. Like opening the TV remote to see what’s in it? Never understand the mechanism of the battery. So in a similar game, one day I also opened the air purifier of my house and saw it. When I opened it, it had fan and filter. It didn’t take me long to understand how it worked,” he said.

After opening the air purifier, Krish realized that it is very easy to make and hence asked his father for its price. “Papa told that the air purifier is worth 40 thousand rupees. I was shocked to hear the price. How can something like an air purifier, which is a must-have for almost every household in Delhi, be so expensive,” he says.

After this, Krish had only one dream, to make a low cost air purifier. They started manufacturing air purifiers in 2016. After knowing the cost of air purifiers from his father, he felt that there should be at least some option for the middle class and lower class people, which they can think of taking. Hence Krish decided to make an economical as well as eco friendly air purifier. But the road was not that easy. He says that there is a difference between thinking up an idea and then making it a reality. He made the design based on his understanding and research, but there were many challenges while making the prototype.

He made about 320 prototypes after several months of continuous effort. But none of these could fit the market, and finally after months of hard work, they produced their prototype. Which today he is marketing as ‘Breathify’. He says that he has removed many such things from the air purifier, which are not of much use for the process of purifying the air and due to which the cost of the air purifier increases.

Krish got his final prototype tested in a lab in Delhi and after all the reports came true, it was first given to some of his acquaintances for use. It was only after getting a positive response from all these people that they decided to launch it in the market.

Krish’s father Sahil Chawla explains that this air purifier made by Krish is prepared at a cost of about 50% less than the standard companies’ purifiers. “If you go to buy any good brand of air purifier in the market, then the most basic model starts from Rs. Although models from some companies may be cheaper than this, there is no guarantee of how effective they are. And the problem with most of the companies’ air purifiers is that after using them for some time, their filters etc. cannot be found because they come from outside. But all our purifiers are made in India and hence if any customer needs to change the filter later, we make it available immediately,” he said.

In 2018 with the support of his parents, Krish started his startup ‘Breathify’ and today is offering five different models of its affordable and eco friendly air purifiers to the customers.

Krish has used ‘reverse air technology’ in its air purifiers. Due to which the air becomes more and more pure. He has patented this technology. Also, high grade HEPA filter has been used in it. In this, air enters from three sides and keeps on getting purified. So wherever you put it, it will continue to do its job. It keeps you safe from all kinds of harmful pollutants.

Apart from this, they have tested all their models and launched them in the market only after their quality performance. You can choose from different models of Breathify for rooms ranging from 150 sq ft to 750 sq ft. Whose price starts from Rs 4990 with GST. Also, the air purifiers made by them are up to 98% plastic free. These are made from ultra-durable compressed wood. Secretary of Delhi Gymkhana Club, retired Col. Khanna says, “Breathify reduced AQI levels from 250+ to less than 50 in less than an hour in club offices and gyms. Being able to deliver such good quality at such a low price is nothing short of an achievement.”

At the same time, another of his customer Arjun Singh says, “It is not hidden from anyone how much pollution is in Delhi. That’s why there was a need to take air purifier but not enough salary to spend 15-20 thousand rupees. But we got the air purifier from Breathify within the budget and is doing great work at home since last 10 months.”

Ajay Singh Yadav says that he saw many other purifiers before taking Breathify’s air purifier. But all the good purifiers were out of their budget. But then they found out about Breathify and bought their most basic model about a year ago and it’s working great so far. They haven’t had any problems.

Says Sahil, “When we started our startup, our basic air purifiers cost less. But in the last one year the prices of purifiers, fans etc. have increased and due to cost of raw material, we also had to increase the price of purifiers. But the effort is to ensure that maximum number of people get a good air purifier in their budget. His startup has sold more than 5100 air purifiers so far. Apart from this, he has also donated more than 500 air purifiers to hospitals and social organizations in Delhi so that everyone gets pure air.

This innovation and startup of Krish has also been praised by Amitabh Kant, CEO, NITI Aayog. Amitabh wrote about him on his Twitter Post While writing that young entrepreneur Krish Chawla is making 100% Made in India air purifier, which is plastic free. This is a better step towards self-reliant India.

Krish says in the end, “My aim is that more and more middle class families in the country can afford air purifiers so that no one falls ill due to air pollution. I myself have faced this problem and hence I understand that having an air purifier is no longer a luxury but a necessity. In such a situation, its price should be reduced.

If you would like to purchase or purchase Breathify air purifiers, you can visit the website. Apart from this, you can also connect with clean air experts from the WhatsApp link given on the website and choose the best air purifier for your home.

Also read: Nikhiya, 18, made such a system, which will detect cancer in minutes, the price is Rs 38