Rahul Gandhi will go to Lakhimpur Kheri on Wednesday, seeks permission from the administration 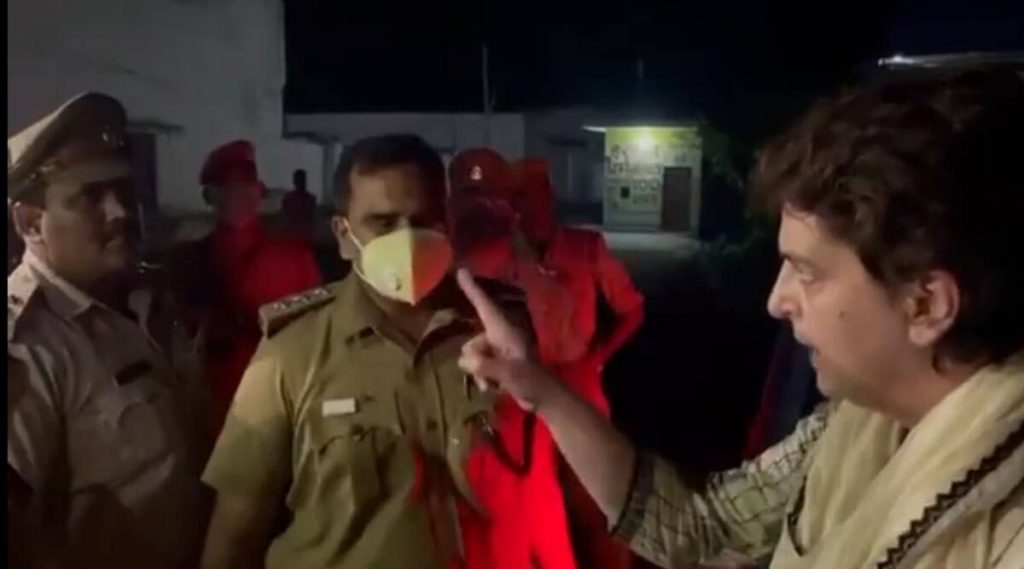 DNP Desk: Big news is coming out from the Congress office in Delhi. According to the information received, Congress leader Rahul Gandhi will go to Lakhimpur Kheri on Wednesday. According to information received from Congress sources, the Uttar Pradesh government has been informed in this regard. Let us inform that on behalf of the Congress, the Yogi government of Uttar Pradesh has been urged to allow the Congress leaders to meet the families of the victims in the same way as the TMC leaders were allowed to meet the families of Lakhimpur Kheri incident. Let us tell you that Priyanka Gandhi, sister of Rahul Gandhi, is in police custody.

Let us tell you that since the arrest of Priyanka Gandhi by the police, Rahul Gandhi is constantly encouraging her. Rahul Gandhi tweeted on Tuesday morning and said, “The one who is kept in custody is not afraid – is a true Congressman, will not give up! Satyagraha will not stop. #FarmersProtest

Earlier on Sunday, Rahul Gandhi tweeted and wrote, Priyanka, I know you will not back down – he is scared of your courage. In this non-violent fight for justice, we will make the country’s Annadata win. #NoFear #LakhimpurFarmerMassacre

Let us inform that in the violence case that erupted after the accident in Lakhimpur Kheri, Uttar Pradesh on Sunday, the police registered a case against Union Minister Ajay Mishra Teni’s son Ashish Mishra alias Monu under sections of murder, culpable homicide, accident and rioting. Is. Let us tell you that the name of Union Minister Ajay Mishra alias Teni is also included in this FIR. According to the information received from the sources, the police has registered an FIR under section 120B.

45 lakh to the families of the farmers killed in the accident, Rs 10 lakh compensation to the injured

Giving the above information, Uttar Pradesh ADG Law and Order Prashant Kumar said that the government will give Rs 45 lakh and a government job to the families of 4 farmers killed in Lakhimpur Kheri yesterday. 10 lakh will be given to the injured. An FIR will be registered on the basis of the complaint of the farmers. A retired judge of the High Court will investigate the matter.