Principal organization gave a memorandum to the Block Development Officer 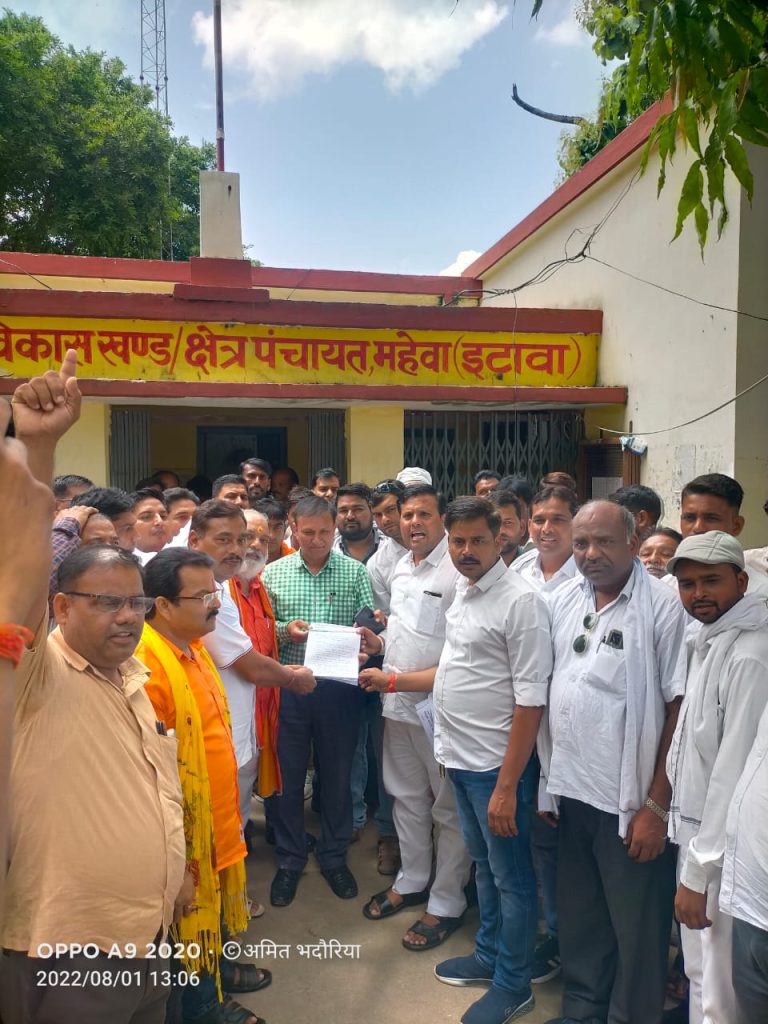 Unnecessary harassment of princes will not be tolerated at all – Kaushal

Mahewa/Etawah. In Mahewa block, the principal organization meeting was organized in Mahewa block auditorium. Strongly opposed the policies. And while addressing the DM, gave a memorandum to the Block Development Officer.
Chief guest of the program Kausal Kishor Pandey, State President said that there are complaints about the chiefs due to mutual enmity, but the officials should investigate them thoroughly and take some kind of step, otherwise the action taken against the innocent head will not be tolerated. If a head is persecuted for any reason, then the head organization will not tolerate it at all. If any kind of guilt is proved then equal action should be taken on both the secretary and the head, which is not done, only the head is made a scapegoat.
The chiefs of Mahewa also put the DPRO in the dock and told that the DPRO is being sided with the heads, they are busy meeting the block employees to fill their stomach by exploiting the heads by short-sightedness. is also given.
District President Vijay Pratap Singh said that if such atrocities continue on the heads and such action is not withdrawn, then all the heads will collectively give soap to the district magistrate. It is not right to get stuck in the works of the heads by putting undue pressure. On this occasion, Dr. Rajesh Singh Chauhan, District Spokesperson, Head Organization, Etawah, District General Secretary Vikas Katheria, District Vice President Somhari Awasthi, District Organization Minister Rajneesh Sharma, Treasurer Amit Bhaforia, Arun Kumar, Satendra Singh, Poonam Chauhan, Krishna Murari, Ajay Singh Vimal Kumar, Santosh Kumar Shiv Charan, Gajendra Singh Ramkumar etc. were present in the number of hundreds.

India is celebrating its 75th Independence Day on 15th August. This day commemorates the sacrifice…