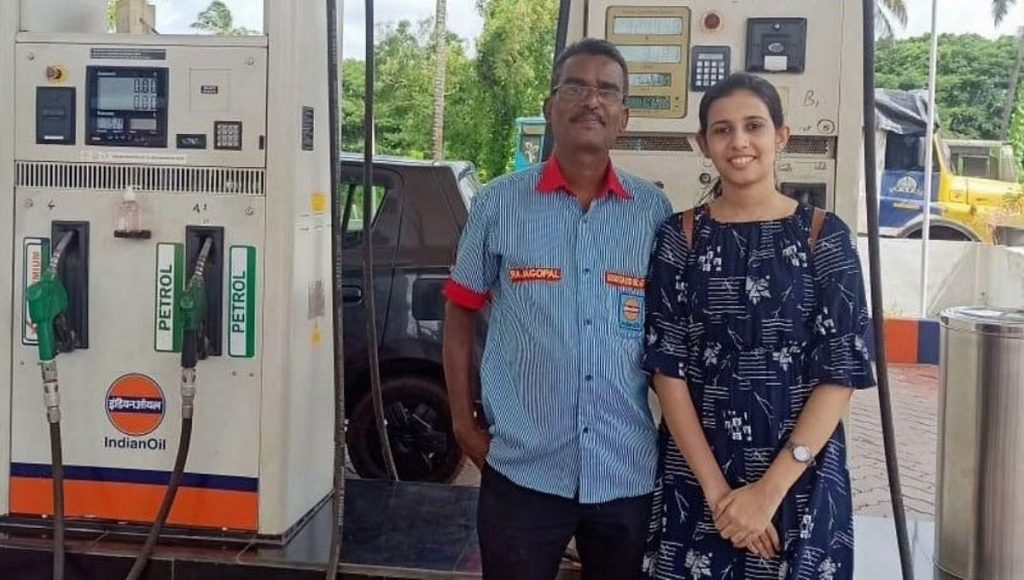 Luck and your ability are not determined by birth, nor does God decide everything and send you to earth. All this is decided on the basis of your hard work, your efforts and your strong will and it has been proved literally true by Arya Rajagopal.

Following this good news, Indian Oil Corporation Limited Chairman Shrikant Madhav Vaidya shared the photo on his Twitter and wrote, “I am sharing the inspiring story of Arya, daughter of Rajagopal, who works at IndianOil’s petrol pump. Arya has made us proud by getting admission in IIT Kanpur. Best wishes to Arya.”

Arya’s success is not just a victory of her academic aptitude and knowledge. This is a victory for his patience, courage and confidence. For the last 20 years, his father has worked continuously at the petrol pump. So that the future of his daughter is bright. And today, the news of Arya’s admission to one of the most prestigious colleges in the country made his father’s hard work worthwhile.

Earlier, Arya completed her graduation from National Institute of Technology (NIT), which is another inspiring achievement. This story of Arya Rajagopal is an inspiration to crores of youth of the country.

Petroleum and Natural Gas Minister Hardeep Singh Puri also tweeted and congratulated both of them on their success and wrote, “What a proud moment for the country.”

Also read: The farm was built on the terrace, vegetables did not have to be bought from the market for 10 years