Pakistan Economic Crisis: So is Pakistan in trouble today because of military? Demand to reduce military expenditure

When will the 7 seater Kia Seltos be launched in India, competing with Mahindra and Tata as well as Hyundai SUVs?

One small step saved my life, the fatal cancer was diagnosed at the right time 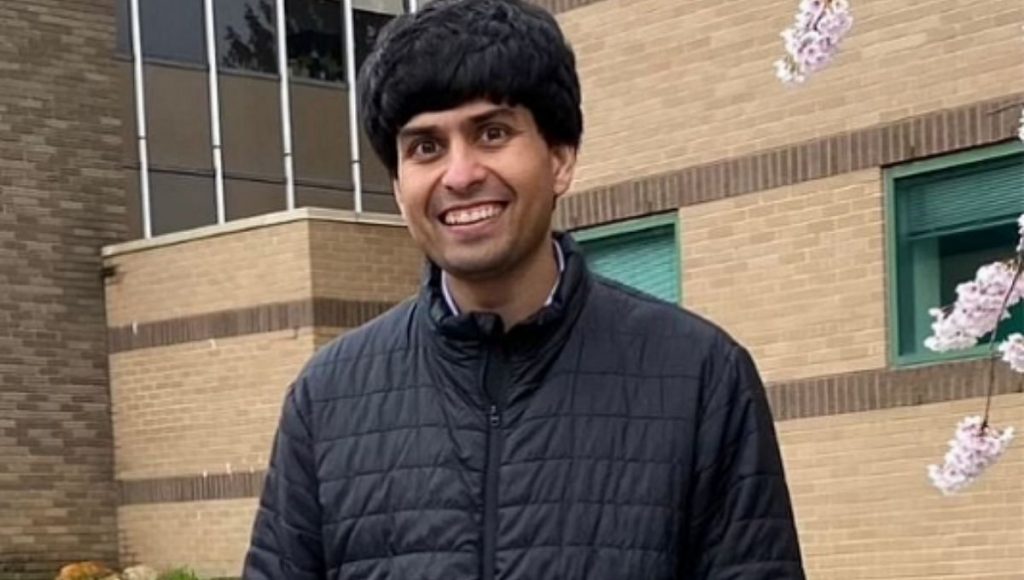 Cancer is usually detected only after severe symptoms emerge or become life-threatening. But Meher’s story started with a simple change in her body. 33-year-old Mehr Roy is very conscious about his fitness. Getting his body checked regularly once a year is one of his habits and this habit proved to be a boon for him.

In early 2021, he had a simple blood test done CBC (complete blood count), which revealed that he had Acute Lymphocytic Leukemia (ALL). It is a type of blood and bone marrow cancer, which spreads very rapidly in the body.

Mehr has The Better India Told to, “CBC is a simple blood test. But if even the slightest disturbance is found in it, the blood is examined under a microscope. The same thing happened in my case as well.”

Meher’s father used to get regular body check-ups done once in a year and later it became a habit for Meher too. He says, “I don’t know why my father used to do this. Maybe, because of my mother. She used to be very ill at one time. That’s why my heart, kidney and blood etc. started getting tested from my teen age.

Meher was born and brought up in Gandhinagar, Gujarat, but lived in countries like Italy, Germany and the US for the past 11 years. Then he co-founded a company with some people called Chorus One. After this, in the year 2021, he moved to Switzerland. Meher may have been in any corner of the world, but he has been coming to India every year for his routine checkups.

According to him, India’s medical service is better and cheaper than other countries. Since he used to get regular check-ups, he was well aware of his body. He had gathered a data from which he came to know about his body in a much better way. He knew what was normal for his body and what was not.

How was cancer detected?

Mehr told that at the beginning of the year 2021 i.e. on January 6, he got his routine checkup done. A few days later, he got Covid. He says, “After recovery, on February 15, I got my checkup done once again. After Covid, I started feeling very weak. I was also getting frequent nasal infections. But the strangest was the increase in my heart rate. It was reaching 55 to 90 beats per minute.

Usually, when you say something to someone about such changes in the body, the virus is ignored as being responsible for it. But Meher was not feeling all this well. He decided to conduct his own investigation once again. Actually, the person who had been keeping an eye on his heart rate for years, knew that this could not be unnecessary. There is definitely something wrong.

Meher said, “I was in Switzerland at that time. I got CBC done on 13th April. On April 14, I was asked to come with a member of my family.” This hospital run was just a day before his 33rd birthday. Investigation revealed that Meher had blood cancer and it had reached her nervous system. Out of his approximately six kg of blood, 2.5 kg had been affected by cancer. But hope was not completely lost, as the cancer was still in its early stages.

He explains, “Some cancers grow very slowly. It takes 10 years for its symptoms to appear. But in my case it took just two months for 30 to 40 percent of the blood cells to become cancerous. If I had delayed the test by two or three weeks, it would have been difficult for me to survive.”

He said, “The disease was aggressive, so the treatment had to be aggressive. My treatment is expected to continue for about two and a half years. Well this year, I have already spent 100 days in the hospital. The challenges of a cancer patient remain for a long time. Despite successful treatment, the patient may not feel normal for a long time. Medicines are very strong, which break the body and keep it.

Chemotherapy may improve symptoms, but its side effects remain. He further says, “In this journey I have come to know Switzerland very closely. Whatever I said to the doctors, nurses, insurance agencies and others, they understood and accepted it. This made my scary journey easier. I am grateful to him for this.”

a lesson that saved Life

Mehr categorically says, “Excessive testing can make you confused or you may be unnecessarily worried about your health.” But he suggests, “Every person should take care of even the slightest changes in their body. Simple tracking of how the body is functioning is essential.”

He said, “You should know how the body is functioning normally. Always keep your eye on this. Even if you see something unusual, then do not ignore it at all. These days, the body can be monitored comfortably with a smartwatch. With this, heart rate and blood pressure data can be tracked.

Giving advice, he says, “Once you see a change in the body, definitely consult a doctor. If it is a dangerous disease like cancer, then one wrong step (like time spent in wrong treatment) can prove to be fatal.”

What type of test should be done?

Dr. Preeti Choudhary is a Senior Consultant in the Department of Radiology, Jaipur Golden Hospital. According to him, if cancer is detected early then treatment becomes easier. Giving information about DR-70, she says, it is a blood test, which can detect 13 types of cancer.

Apart from this, many other types of tests are done for cancer. For example, mammogram for breast cancer, colonoscopy to detect colon cancer, etc.

Do not wait for any symptoms to appear. Get medical tests done from time to time to rule out other health-related problems. Also take care of your own body.

Meher’s story is a lesson to all of us on how by keeping an eye on the changes taking place in our bodies, we can prevent something from going wrong or the progression of the disease.

Also read: Grow Aloe Vera Plant In This Way And Make Everything From Gel To Juice At Home

Pakistan Economic Crisis: So is Pakistan in trouble today because of military? Demand to reduce military expenditure

When will the 7 seater Kia Seltos be launched in India, competing with Mahindra and Tata as well as Hyundai SUVs?

Star Olympian Deepa Karmakar banned for 21 months, will be surprised to know her weight