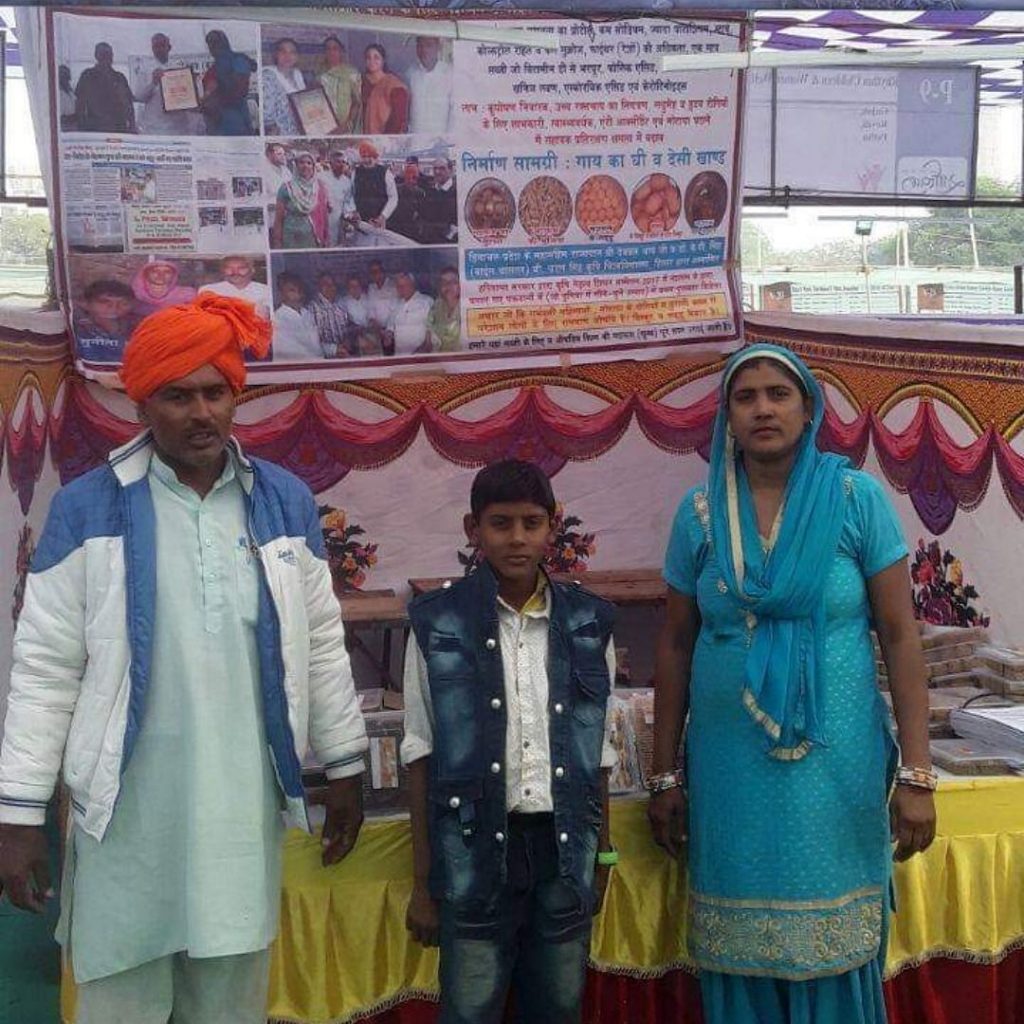 Ashok Kumar Vashisht is a progressive farmer living in Jind, Haryana. Ashok, who studied only up to tenth standard, has been producing mushrooms for the last several years. Along with this, he is also running his own small business by processing mushrooms.

Ashok told The Better India that in this journey he has faced many challenges, suffered losses at times, but he persevered. That’s why they got success. For doing new experiments in the field of mushroom, he has also been honored in different forums.

“We have about five acres of land in Igrah village. In which we used to do traditional farming and were living well. But I wanted to do some experiments in agriculture. In the year 2007, I came to know about the mushroom and thought of cultivating it.”

He told that he has many acquaintances in Sonipat, from whom he came to know about the mushroom. When he made up his mind to cultivate mushrooms, someone suggested that one could meet the scientists at the Mushroom Research Center in Murthal. After this, he took training from Dr. Ajay Singh Yadav in the same center.

He explains, “Dr. I took training from Yadav. But he once said that many people come to take training, but no one starts the work. On the same day, I was determined that whatever happens, I have to achieve success only in mushrooms.

Initially, Ashok set up a mushroom unit in his old house. He says this house was completely ruined and we were about to break it. But then started growing mushrooms in this. On the basis of his knowledge, he started work by bringing the spawn of Dhingri mushroom. But he had no experience in this work. So at first, they didn’t get such a good result.

He says that mushrooms are something that farmers can start with the least cost. So even if you do not succeed once or twice, you will not suffer huge losses. So he continued his efforts and gradually he started to understand the methods of mushroom production.

Started business with processing of mushrooms

Ashok was cultivating mushrooms, so he also started connecting with people who had information about mushrooms. He did not stop learning even after taking training and also kept in touch with the scientists of Krishi Vigyan Kendra and Agricultural Universities. He says that coming in contact with the scientists greatly increased his knowledge and helped him to set up the mushroom unit in a more systematic manner.

He and his wife Sunita took mushroom training from Krishi Vigyan Kendra, Jind and also kept learning from mushroom farmers. Gradually his experience in this field started increasing and at the same time, his mushroom production started getting good.

Now the question was how to market it. For this he tried to make people aware. “Mushrooms are a storehouse of nutrition and are very good for health. But not much is known about it among the people. Then there were some people in rural areas who thought it was non-veg. I have traveled to different parts of the country and made people aware about mushrooms. But mushroom cultivation alone was not enough. So I took training programs on mushroom processing. After this, he learned to make different products from mushrooms from different places. Along with this, I also prepared dried mushroom seeds,” he said.

Ashok, through his ‘Maharishi Vashisht Mushroom Farm’, is not only supplying mushrooms to the customers. Rather, different types of products of mushrooms are also feeding. He cultivated mushrooms, so people started eating mushrooms even at home. His wife started making things like mushroom curry, pickle. Ashok used to feed these things to his acquaintances as a sample. Gradually the demand for his product started increasing among the people. But to do professionally, Ashok felt the need of good training and he also took training in processing.

86 types of products from ready-made mushrooms

Ashok told that he is growing different mushrooms like Dhingri, Button, Shiitake and Ganaderma. From these, he has prepared about 86 types of products. Including from mushroom pickles to sweets. Many people must have heard of mushroom papad, pickle. But maybe someone has used mushrooms in sweets before. Ashok told that on the basis of the information received during training and his experiments, he has made mushroom laddus, barfi, even jalebi. Apart from this, they have also used mushrooms in pizza.

“Initially we made pickles as it does not require much machinery to make. Apart from this, mushroom pakodas, papads, pizzas and vegetables are also made. We made all this from button mushroom and apart from this, we have also used Dhingri in other products. We have got FSSAI certificate for all our products. I don’t think anyone in Haryana would have made mushroom laddoos, murabbas and biscuits before us. We take full responsibility for the taste and quality of all the products,” said his wife Sunita.

He is mostly directly connected with his customers and thanks to the ‘Apni Kheti’ organization for this. Because through this organization they got a good platform to sell their products. Also, a chance to connect with other farmers. Today their products are going to states like Delhi, Rajasthan and Punjab apart from Haryana. Also, he has been putting up his stalls in various agricultural fairs held in the country and has made good contacts here as well.

He told that before the lockdown, he was earning from 50 thousand rupees to one lakh rupees in a month. But his work got affected in the lockdown. His annual turnover, which went more than 10 lakh earlier, has gone up to five lakh rupees this time.

Ashok and his wife have received many certificates and awards for their work in the field of mushroom. In the year 2017, he got the first prize in the ‘Agri Leadership Summit’ held in Surajkund. Along with this, 51 thousand rupees were also received as an honorarium. At the same time, his wife Sunita was also honored in the Krishi Mela, 2017 organized in the ‘Haryana Golden Utsav’.

In the end, Ashok simply says that if any youth, woman or farmer wants to do mushroom work, then they can do it at least cost. Nowadays, mushroom training is being given at almost all Krishi Vigyan Kendras and Agricultural Research Centers and help is also being provided in every way. All you have to do is work hard and slowly you will get your share of success.

If you want to contact Ashok Kumar or want to buy his products then you can contact on 8307877179.

Also read: What are the things to keep in mind while growing mushrooms at home, learn from Nilofar of Kashmir