Married at 16, graduation after 30 and now earning crores from online handbag shop 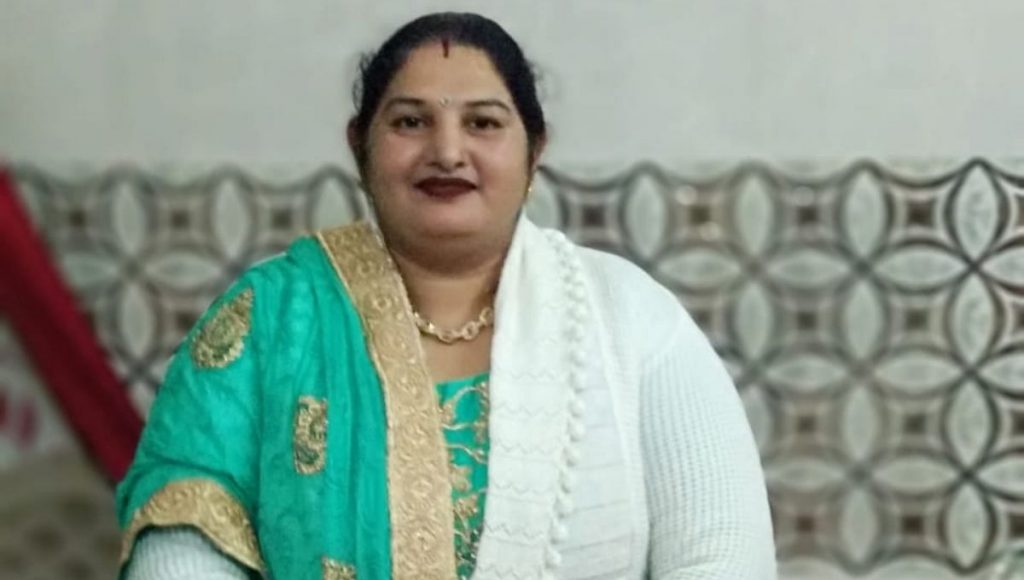 It is said that there is no fixed age to fulfill your dreams. You can touch your sky whenever you want, all you need is courage. The story of 39-year-old Ritu Kaushik, who lives in Najafgarh area of ​​Delhi, is also similar. She did not let her dream die in the midst of marriage, family responsibilities at a young age and this is the reason why today everyone is talking about her in the field of handbag business.

Through her handbag business, ‘Ritupal Collection’, Ritu has not only become a ‘businesswoman’ but is also an inspiration to many women like herself. She told The Better India, “I got married at the age of 16. Then only 12th was studied. I had a joint family in my maternal home and also in my in-laws’ house. Therefore, in the responsibilities of the family, they did not get a chance to live their dreams. I have done everything from farming to cow rearing.”

He told that while living in a joint family in the village, he neither got a chance to study further nor do any work of his own, but Ritu had to do something. She says that over time her family settled in Najafgarh. Here she was responsible for mother-in-law, husband and two children. In the midst of all this, Ritu tried to find time for herself and started studying. With the support of husband Satpal Kaushik, she decided to pursue graduation.

“My son was in 12th standard when I took admission in graduation. After almost 16 years of marriage, I got a chance to read again,” he said.

did not pay attention to the things of others

Satpal says, “Ritu always used to say that her dream of studies remained unfulfilled. So when she herself said that now she wanted to study, there was no question of stopping her. I enrolled him immediately. She has been taking care of my family for so many years, so don’t I do my duty to support her in fulfilling any of her dreams. I knew she was hardworking and would achieve her goal.”

Ritu took admission in graduation, but this journey was not easy for her. Although his family did not have any problem with his studies but there was a time and hence people often did not hesitate to taunt him. Ritu says that at that time people’s words were definitely stinging, but more important than their words was their dreams. She always wanted to study but luck never gave her a chance. Therefore, when he got this opportunity, he did not let anyone’s words come in the middle of it. After graduation, he thought that he should do some work of his own.

He said, “Though the financial condition of my house was fine, but despite this, I had to make a different identity for myself. So I tried to try my hobby. Actually I have been very fond of handbags since childhood. It is not such a hobby that just change the handbags. Rather, I was also aware of the different market of handbags. I also knew whether a new sample was coming and the quality of which material. So I thought of doing the work of handbags.”

But how does this work? Ritu got advice from many places to open her shop. But he felt that it would not be right to open the shop because you have to sit in the shop from morning till evening. “Then it was not like you could open a shop anywhere. For this, you have to find a good place and it also brings more investment. I wanted to keep my initial investment to a minimum. So that even if it doesn’t work, it doesn’t cause much damage. I had a lot of problems opening the shop so I thought something else had to be done,” he said.

At the same time, Ritu’s son ordered a mobile phone online. Even before this she used to see how people are shopping online nowadays. When Ritu asked his son about it, he explained to him how to do online business on e-commerce platforms like Flipkart, Amazon. It is from here that Ritu got the idea that she can open her shop online, if not offline. His kids helped him in registering on Flipkart.

She says, “Initially, I only invested Rs 10,000. I went to different markets and brought samples of different handbags from there. After this, contacted a couple of manufacturing units that I wanted to get the handbags made. I made some good handbags and put them on flipkart. This is how I started my ‘Ritupal Collection’ in the year 2016. But it got very difficult because I had invested but for six months I could get only one or two orders in 15-20 days.”

Ritu’s husband Satpal says, “The most important thing about Ritu has always been that she did not hold back from learning. Also, they know how to manage things very well. So gradually he also learned computer and other important things related to business. During this, the team of Flipkart also supported a lot. She also took their training programs on how she can promote her products. After about six-seven months of hard work, Ritu’s orders started increasing and after that she never looked back.

Regarding her business, Ritu says, “Even if I had opened my shop in the market, I might not have earned so well. Because today’s era is online and that’s why I advise people, especially those who have a retail shop, that they should join online selling. This will increase their business.”

Has become the top seller of Flipkart

Ritu has set up her business on the first floor of her house. She said that all her handbags come here as pre-packaged and shipped as per the order. “I have always focused on quality. I list any product online only when I am sure of its quality. So that customers do not have any complaints later,” she says.

Ritu, who gets up at four o’clock in the morning, first manages her business comfortably from 10 in the morning to six in the evening. Due to the quality of the products, she has become the top seller of Flipkart many times. He said that now he gets more than 700 orders every month and his turnover has reached to one crore rupees. He has also given employment to three people.

“Starting an online business is very easy these days. If you do your own shop and sell such products, which you can also sell online, then you should register your shop on platforms like Amazon and Flipkart. You will face problems in the first few months but it will boost your business a lot,” he said.

Their success story was also promoted by Flipkart on its platform so that more and more women get encouraged. And it was from here that the director of Believe Films, Vrinda Samarth came to know about him.

Satpal explains that Brinda was working on making a documentary for an Indo-German project ‘Her&Now Campaign’, for which she needed the story of a woman entrepreneur. This search of Vrinda through South India came to a halt at Ritu. He shot a documentary in Ritu’s village, her school and family, named ‘Ritu Goes Online’

This documentary has been shown in Germany as well as America. Today, her entire family is proud of Ritu, who has made an international mark.

Ritu just tells everyone that you should never give up on your dreams. While doing any work, do not see whether it is small or big. Just work because if the hard work is true then even small work will make you big. At the same time, she suggests that in the changing times, business practices also have to change.