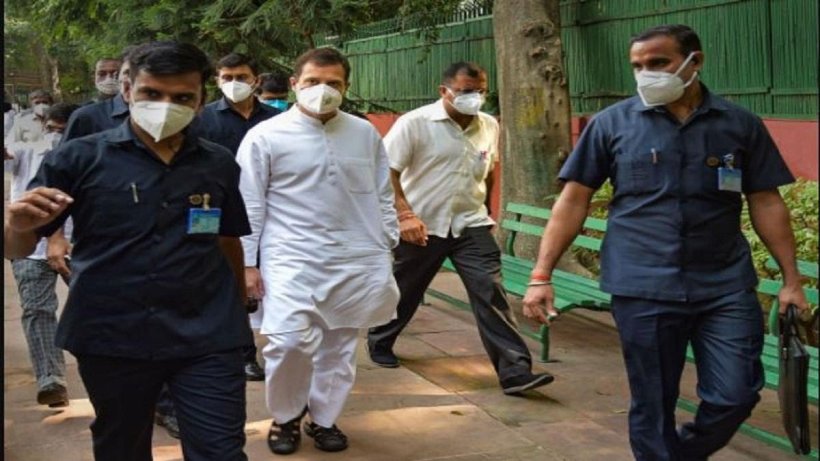 There has been an uproar in Tikunia of Lakhimpur Kheri in Uttar Pradesh after the ruckus on Sunday. After the death of 8 people in the accident, the opposition has taken a jibe at the BJP. Other opposition parties including the Congress are constantly demanding to meet the victims, but the UP government has put a strict guard. Meanwhile, news is coming that former Congress President Rahul Gandhi has reached Sitapur, he will first meet Priyanka Gandhi and then go to Lakhimpur Kheri to meet the victim’s family. Rahul Gandhi is accompanied by CM Charanjit Singh Channi and Bhupesh Baghel. Apart from this, all opposition parties will be able to go to Lakhimpur Kheri with five people at a time.

Let us inform that earlier, Rahul Gandhi was sitting on a dharna at Lucknow airport demanding to meet the victim’s family, during which he also had the same argument with the police officers. Rahul Gandhi said that if he does not allow him to leave, he will not leave the airport on dharna, whether it is 1 day, 2 days or 15 days. They want to take me in a police car like a prisoner. Rahul has said that he wants to go ahead in his own car, but it is not being allowed.

Aam Aadmi Party MP Sanjay Singh has reached the family of Lovepreet, a farmer killed in Lakhimpur Kheri violence. After this he will meet the family of journalist Raman Kashyap.

Sources say that there will be no resignation by Minister of State for Home Ajay Mishra Teni. This morning he met Home Minister Amit Shah and informed about the whole matter. He said that the opposition is demanding resignation as a conspiracy.