Know in which sections the case was registered against the accused in Lakhimpur Kheri violence, how much punishment and provision of fine 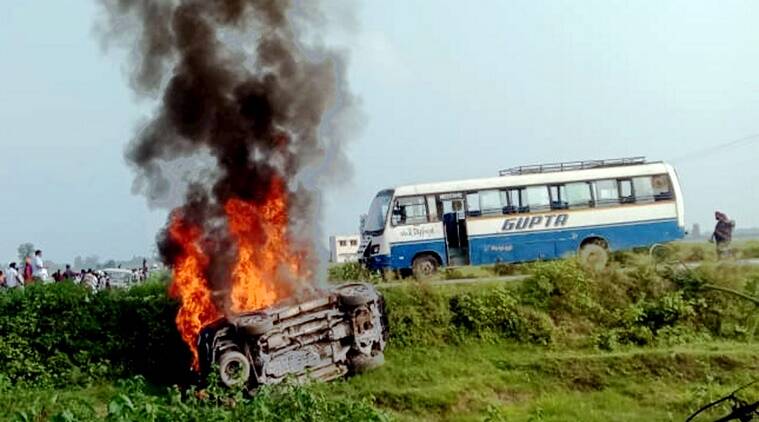 Eight people have lost their lives in Uttar Pradesh’s Lakhimpur Kheri in the crushing of farmers and the subsequent violence. Since then, the victims’ families have been continuously demanding justice. The families of the victims say that strict action should be taken against State Home Minister Ajay Mishra Teni and his son. At the same time, the police has registered a complaint against Ashish Mishra. It is being said that UP Police does not know where Ashish Mishra is. Police say that arrests will be made in the case as soon as possible. At present, the search for Ashish is on. The police have registered a case in the case under several serious sections of the IPC, which include sections like rash driving, murderous negligence, murder and inciting riot. So let us tell you today under which sections the police have registered a case and for how many years the accused can be punished under these sections.

Under section 147,148 of IPC, violence and rioting are included with the help of mob. If a case is registered under this section, the accused can be imprisoned for 2-3 years. Along with which fine can be imposed for damage to public property. Under Section 149 of the IPC, any person involved in a public gathering accomplishes his goal such as causing harm to or targeting anyone. Doing so can be punishable by both a prison sentence and a fine.

Under Section 279 of the IPC, a case is registered for rash driving or negligent driving in a public place. If someone has been harmed or killed due to rash driving, then the punishment is accompanied by a fine, that is, both the punishments are met. Apart from this, under Section 338 of the IPC, if any person is harmed due to negligence and haste, then a case is registered. There is also a punishment of both jail and fine.