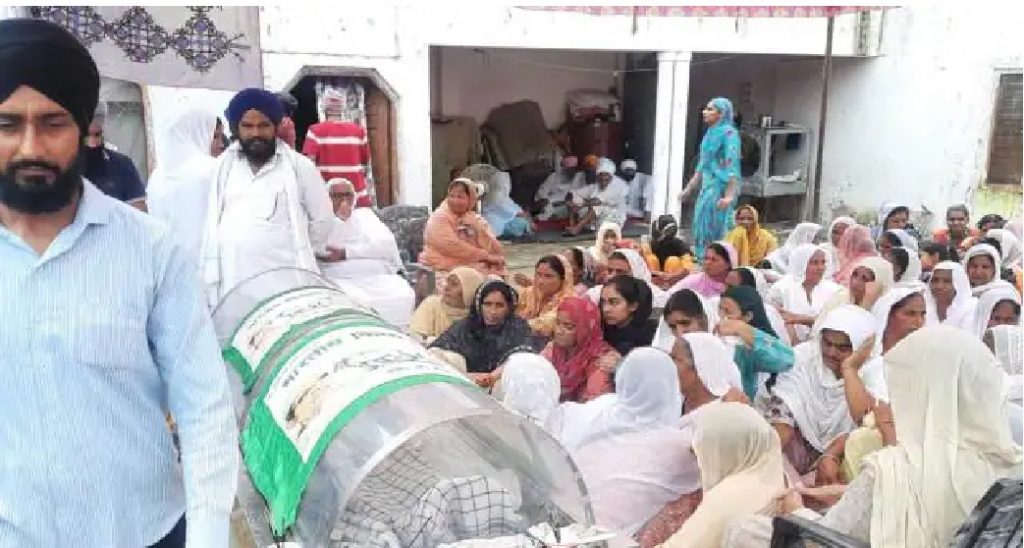 DNP DeskThe Supreme Court has taken suo motu cognizance of the death of eight people, including four farmers, in Lakhimpur Kheri, Uttar Pradesh. Now a 3-judge bench headed by Chief Justice NV Ramana of the Supreme Court will hear the matter. According to the information received, Justices Suryakant and Hima Kohli are also members of this bench. According to media reports, the title of this case has been named Violence in Lakhimpur Kheri Leading to Loss of Life.

Significantly, violence broke out in Tikoniya area of ​​Lakhimpur Kheri district on Sunday. Eight people including four farmers have died in this incident. The main accused of this incident is being told to Ashish Mishra, son of Union Minister of State for Home Affairs Ajay Mishra. An FIR has also been registered in this case against many people including Ajay Mishra’s son Ashish. However, no one has been arrested in this case so far. Due to which there is anger among the farmers.

Let us tell you that in Lakhimpur Kheri district of Uttar Pradesh, 9 people have died so far in the violence on Tikonia-Banbirpur road on Sunday before Deputy Chief Minister Keshav Prasad Maurya’s visit. The farmer was protesting against the anti-agriculture laws during Keshav Prasad Maurya’s visit. Then suddenly violence broke out in the area after two SUVs allegedly collided. Both the SUVs are being told of the convoy of Union Minister Ajay Mishra. Enraged by the accident, the farmers created a ruckus on the road and thrashed the driver of the SUV car.

Explain that the Congress government of Punjab and Chhattisgarh will provide financial assistance to the families of the farmers who were crushed to death by a vehicle in Lakhimpur Kheri. According to the information received, the Chief Ministers of both the states have announced Rs 50 lakh each to the families of the deceased. Along with this, he has also announced Rs 50 lakh as financial assistance to the family of journalist Raman Kashyap, who was killed during the coverage of the incident. Earlier, the Yogi government of Uttar Pradesh has announced Rs 47-47 lakh and government jobs to the relatives of the deceased.