Fake SP arrested for cheating more than 50 lakhs, has threatened to suspend many SHOs 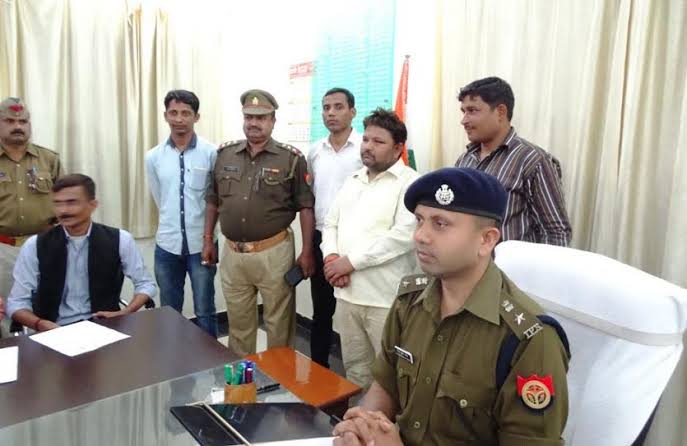 A vicious thug has been arrested by the police of Kudra police station from Patna. It is alleged that the thugs used to cheat people in the name of getting jobs by pretending to be SP and DSP. The accused thug had not only targeted the common people, but he had made a lot of noise in front of many police station in-charges and inspectors by telling himself as DSP. The name of the arrested thug is Sunny Kumar Saurabh, who is a native of Belaon police station area of ​​Kaimur district.

Has cheated more than 50 lakhs
The thugs caught by the police have so far cheated of Rs 50 lakh. Many people have become his victim in the matter of getting jobs from many people, lobbying in the case. Before this, he has even threatened to suspend many policemen, voice changing software has also been found from his phone, with the help of which he used to make people victims.

FIR was lodged on 4th September
A case was registered against the thugs on September 4 by Kundan Kumar, a resident of Haider Nagar in Palamu district of Jharkhand. It was alleged that Sunny Kumar Saurabh has cheated six lakh thirty thousand rupees in the name of getting a job. After this the police arrested the accused.

How did the arrest happen?
The complainant alleged that the accused stopped picking up the phone after taking the money. After this, the police of Kudra police station formed a team on the instructions of Kaimur SP. When the investigation team started the investigation, it was found that Sunny Kumar has saved his mobile number on Truecaller in the name of SP Chandan Kumar. When his history was scrutinized, it came to the fore that the accused has cheated more than Rs 50 lakh so far.

Also read: Mark Zuckerberg suffered a huge loss due to the shutdown of Facebook for 6 hours, every minute suffered a loss of 16 million

While disclosing the matter, Kaimur SP Rakesh Kumar said, “Application was received in the police station to register an FIR against Sunny Kumar Saurabh. He was accused of cheating a person of six lakh thirty thousand rupees in the name of getting a job. He has been arrested from Patna in the same case. Katta, ganja and bullets have been found from his house.