Black gold made from garbage, made all the women of the village self-sufficient 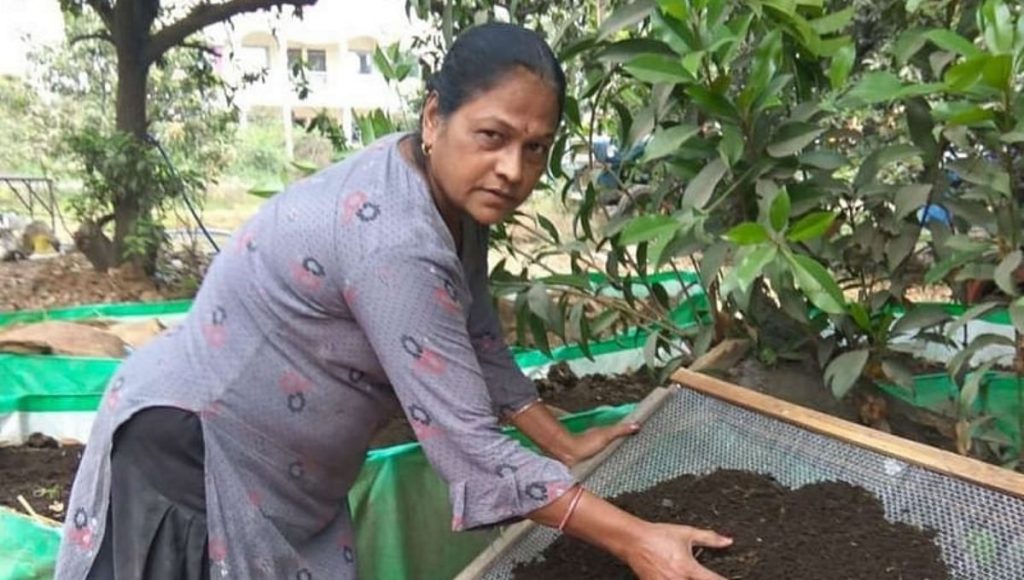 For a good crop in agriculture, it is very important to have good manure. At the same time, most of the farmers doing organic farming make organic manure at home. This type of manure is made from agricultural waste, cow dung and kitchen waste. Today we are telling you the story of a village in Gujarat, where women are earning good profits from the business of organic fertilizers.

We are talking about Hansapur, a small village in Navsari (Gujarat). The women here are producing black gold from the waste. Along with making organic manure for a good crop in their fields, they are earning extra by doing business with it.

One such woman from this village is Hemlata Patel.

The Better India talked to her and learned how she makes manure at home, how much effort it takes and how much profit does she get?

For five years, the women of the family make manure

Organic farming is done in Hemlata’s family, for which she prepares different types of organic fertilizers. Hemlata’s sister-in-law Jayaben started composting five years ago. After which many sisters joined it in a few years. However, due to Corona, Jayaben is no longer in this world. But today Hemlata is handling their work.

She says, “We started making organic manure for organic farming. 5-6 years ago today, we took training under ‘Atma Project’. In the training, it was told how organic manure is made and what can be the benefit from it? Then he also gave us training to make vermi compost. Also, we got two beds to make this compost.”

Seeing the work of Hemlata and her sister-in-law, 12-15 women of the village came to take training from them. All of them were given two beds each through ‘Farm First’, now all these sisters are working in making organic manure today.

Manure is easily made at home

Hemlata told that the compost is ready in about two months and it does not require much effort to make it.

First a layer of cow dung is placed in the compost bed. Then make a layer of green waste on it. For this, tree vine, mulch, leaves etc. are used. In this way many layers are created.

When the bed is full, earthworms are placed on top of it. Later this bed is covered and earthworms are allowed to do their work. They gradually go up and down in this waste and prepare compost. Earthworms were also given to these women free of cost for the first time after the training.

Manure is prepared at an elevated place, where there is no water logging. Also, a shed is built on top. Once the layer of cow dung and green waste is formed, it does not require much effort. Just have to sprinkle water in it regularly.

At present, Hemlata’s house has a total of 13 beds. It takes about 2 months to make compost in one bed. After the compost is made, she uses it in her fields and sells the remaining manure to the farmers of her village and surrounding villages. To sell it, she prepares a 50 kg bag of compost. The cost of one bag of compost is Rs.250. At the same time, they get about 20-22 bags of manure from one bed. This means that they get an additional income of about three thousand every two months from one bed.

Other women of the village also do compost business

Elaben, another woman from his village, says, “I too started doing this work after seeing Hemlataben. Today I have three beds for composting. I am making organic manure since last three years. This has not only increased the productivity of my farm, but has also improved the quality. Apart from this, I have also made a profit of 50 thousand by selling manure in three years.

Today, almost every woman of Hansapur village is earning a profit of 25 to 30 thousand annually by doing composting work at home. Along with this, she also does kitchen gardening in the back part of the house.

To increase their income, many women have also built a pond on their farm, in which they store rain water. They use this water for agriculture. Along with this, fish farming is also done in it.

These women of the village were once engaged only in household chores and cooking. But today, along with doing organic farming, they are also earning extra income by doing such work.

Today all these women of the village have become self-reliant by their hard work and now self-sufficiency has come in their farming too.

Whether educated or uneducated, these women have become so aware today that they actively participate in new training programs related to farming.