Benefits of Barley: The country’s ‘barley’ is a foreigner’s millet, it is also very famous in Italy. 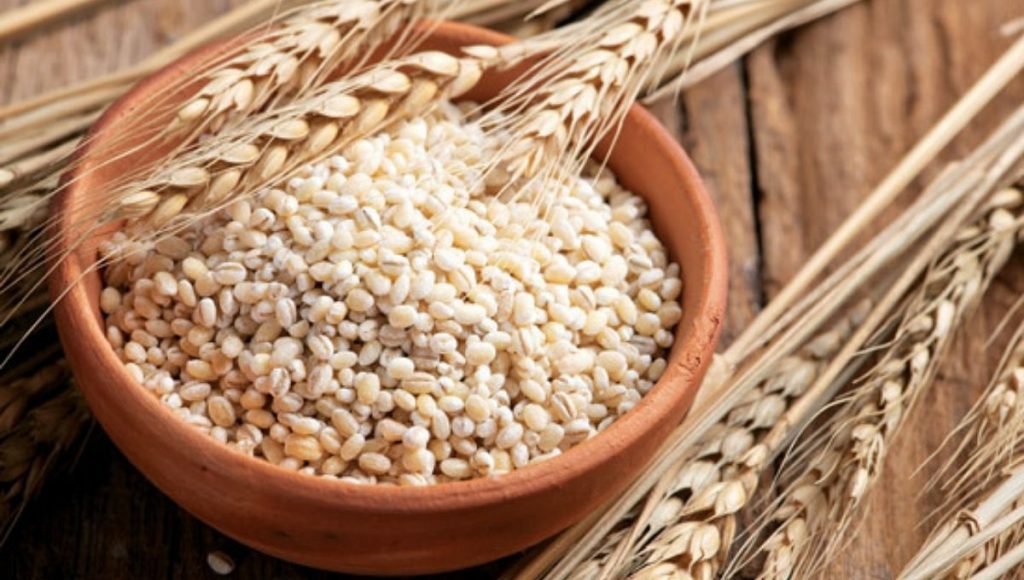 For some time, there has been an increase in awareness among people about their health and fitness in India. Most of the people are including more and more healthy food in their lifestyle. I think it is also necessary for a good health, but it seems a bit awkward when people leave their indigenous things and move towards foreign alternatives. Like many of my acquaintances have an emphasis on quinoa. There is no doubt that it is a nutritious diet. But dietician Archana Batra says that instead of quinoa, you can include many indigenous foods in your diet. Whose nutrition is equal to or more than quinoa. In this she recommends Barley or Barley’s (Benefits of Barley). There would hardly be any Indian family, who would not have heard the name of barley. Barley has been cultivated in India for many years. Barley is sown at the place of worship during Navratras in many homes, not just in the farmers’ fields.

Not only in Hinduism, but also in the Bible, there is a reference to barley. Perhaps for this reason, barley is also called ‘Holy Grain’ meaning ‘Holy Grain’. It is one of the oldest cereals grown in the world. That’s why sometimes researchers also call it ‘original superfood’. In Tibet, people roast and grind barley and mix it with yak milk. The name of this dish is Tsampa and in India, barley flour rotis or barley porridge are also made.

Due to the nutrition present in barley, it is considered as the ‘Benefits of Barley’ not only in India but across the world. It is so beneficial that even if you drink only ‘barley water’ everyday, you will have many health benefits. Due to its nutrients, barley along with gram is also roasted and ground while making sattu in many places. According to a research published in the Asian Journal of Pharmaceutical Research and Health Care, barley is helpful in reducing weight, lowering blood pressure and cholesterol, reducing blood sugar in type 2 diabetes and also preventing colon cancer (Benefits of Barley). .

Soluble and insoluble fiber is found in barley. In addition, it is rich in proteins, vitamins B and E, carbohydrates as well as minerals such as calcium, iron, magnesium and phosphorus. Due to which it reduces many health related problems. However, barley contains gluten, so people who are allergic to gluten cannot consume it. However, if someone has high cholesterol or diabetes, then after consulting your doctor, you can include it in your diet.

What do scientists say about barley?

According to the American Journal of Gastroinology, due to the high amount of insoluble fiber in barley, it also keeps women’s gall bladder healthy and does not allow stones. One cup of barley contains 13.6 grams of fiber.

Barley is the best alternative to coffee

The old the history of barley, the more it is being used in different ways. However, the production of barley is less as compared to staple cereals like wheat, paddy. But people in different countries include it in their diet in many ways. In India, bread is made by making barley porridge or making its flour. My father often tells that in the first winter, grandmother used to feed mostly by making rotis of millet or barley flour. Because it has more power (Benefits of Barley). Cattle are also fed barley, so that the quality of milk is good.

In addition, barley is said to have been consumed during the world wars. Because the shortage of wheat and paddy was increasing due to the delivery of logistics for the soldiers and in such a situation, there was a need for an alternative to food, so that the hunger of the people could be satisfied. During the First World War, the food authorities in America insisted on the consumption of oats, corn, barley, potatoes, etc., instead of wheat among the common people. Similarly, in Italy, roasted barley was used instead of coffee. Even today, orzo, a coffee made from barley, is drunk in Italy and it is quite famous.

The specialty of coffee made from barley is that it is 100% caffeine free naturally. To make barley famous among the people, now ‘Barley Grass’ is also being promoted like ‘Wheat Grass’. People are consuming by making juice and powder of barley grass. It is said that the powder of barley grass is the best food to remove toxins from the human body and nourish them. That’s why nowadays people are growing barley grass. Therefore, if you cannot use barley as a grain, then you can include it in your diet as a micro green.

Also read: Now cultivation of black rice is happening in Bihar too, know the benefits of eating it

These days many people suffer from joint pain, gout or kidney stones. Factors like aging,…