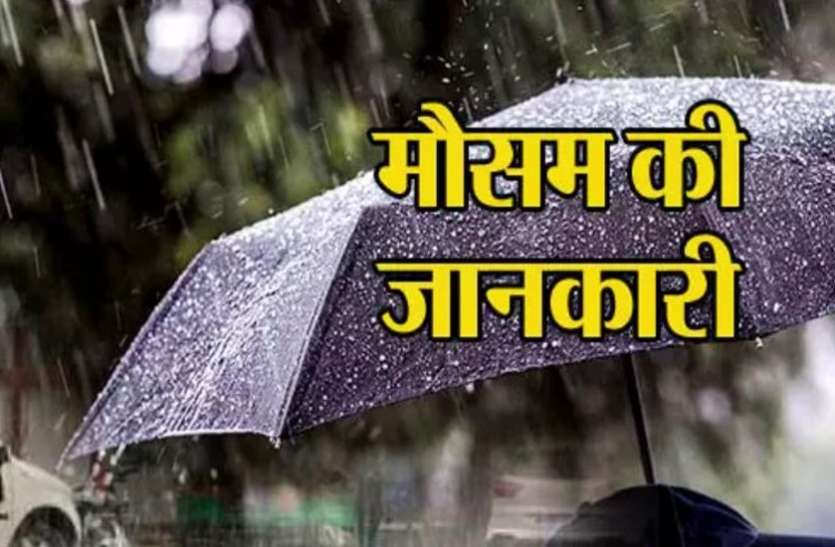 According to the latest update of the Meteorological Department, a Cyclonic Circulation is persisting over South-West Bay of Bengal and adjoining Tamil Nadu. A trough is running from this cyclonic circulation from Karnataka Coast to East Central Arabian Sea, which is in lower troposphere level over Kerala coast over Southeast Arabian Sea. It is likely to persist for the next 2-3 days. Under its influence, heavy to very heavy rains are likely over Tamil Nadu, Kerala, Coastal and South Interior Karnataka till October 6. There is a possibility of heavy rainfall at isolated places over South Konkan, Goa and South Madhya Maharashtra till 6th October.Weather will remain dry in Bihar from October 6 to October 9

According to the local Meteorological Department of Bihar, the weather is likely to remain dry in the districts of North West Bihar and South West Bihar from Wednesday 6 October. On Wednesday, there is a possibility of rain at one or two places in North Central Bihar, North East Bihar, South Central Bihar and South East Bihar. According to the Meteorological Department based in Patna, there may be a change in the rainfall conditions in the state from 6 October. The weather is likely to remain dry over West Champaran, Siwan, Saran, East Champaran and Gopalganj from October 6 to October 9.

Chance of rain in these parts on 6th OctoberAs the meteorologists believe that after October 6, it is becoming favorable for the return of monsoon. But during the next 24 hours, light rain is possible in some parts of the country. Light to moderate rain with isolated heavy falls at isolated places is very likely over Andaman & Nicobar Islands, Tamil Nadu, south coast of Andhra Pradesh, parts of Kerala and Lakshadweep during 24 hours.

Cold knock in Delhi before October 15

Amidst the departure of monsoon, people in the cities of capital Delhi and NCR are troubled by the sultry heat. But the good news is that soon they will get relief from the heat. Within a week, the people of Delhi will start getting cold in the morning and evening. Overall, it is being told that even before October 15, people of Delhi-NCR will start feeling mild cold. After mid-October, the temperature is also forecast to keep going below normal. However, for a proper winter, people will have to wait for the next month i.e. November.