These dangerous symptoms of diabetes will take your life 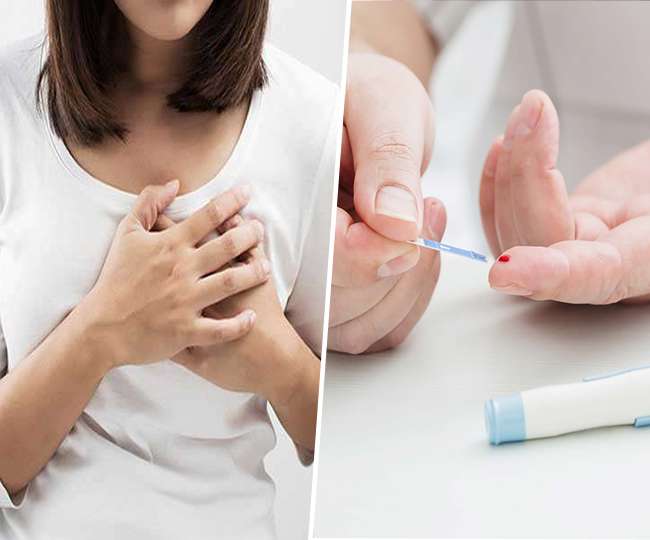 Diabetes which is also known as sugar. It is said that sugar is such a disease in the world that brings with it many diseases. Due to increase in sugar, the sufferer has to face many problems. Sometimes the sugar becomes so dangerous that it can even affect the life of the victim. Today we are going to tell you about some such dangerous symptoms of sugar. Knowing which you will be alert.

First of all, know that there are two types of diabetes. The main symptom of type 1 diabetes is the lack of insulin production in the body, whereas in the case of type 2, the body does not produce insulin according to the need. Due to which the victim has to face many problems.

According to a 21-year study presented at the American Heart Association’s ‘Hypertension Scientific Session 2021’, those patients with nocturnal sugar die the most. Whose blood pressure is low. University of Pisa Medicine Investigator Martina Shiriako said, “Our study shows that one in 10 diabetics suffer reverse dipping, which leads to their death. Let us tell you, this is a disease occurring in diabetes, in which the nerves controlling the heart and blood vessels are damaged. Due to this the patient dies. Therefore, if some early symptoms of diabetes are recognized in advance, the patient can be saved.

Some of the early symptoms of diabetes are as follows.

2- Decreased vision from the eyes.

4- Sugar in the urine, due to which the urine becomes thick.

Therefore, if you see such symptoms even a little, then contact your doctor.

Pakistan Economy Crisis: Pakistan has that treasure which will remove its poverty in one stroke, will earn 100 billion dollars every year