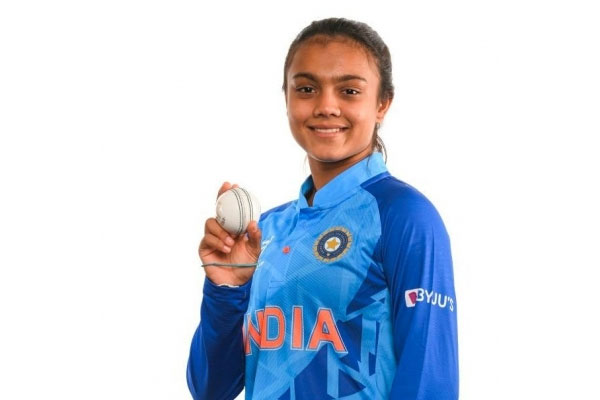 Benoni. The Event Technical Committee of the ICC Under-19 Women’s T20 World Cup 2023 has approved the inclusion of Yashashree Sopdandhi in India’s squad as a replacement for the injured Hurley Gala.

Yashasree was named as the replacement after Hurley was ruled out of the tournament after injuring his right thumb.

Hurley, the 16-year-old fast bowler from Mumbai, did not feature in the playing XI in the two India Under-19 matches played so far.

The ICC informed in a release on Tuesday that the replacement of a player requires the approval of the Event Technical Committee before the replacement player can be officially added to the squad.

India have won both their matches in the Under-19 Women’s World Cup so far, defeating South Africa Under-19 by seven wickets and United Arab Emirates (UAE) by 122 runs.