Free work is over! Twitter paid subscription launched in India, will have to pay this much money every month

Rituraj blew the bowlers, completed his century by hitting a six off the last ball – VIDEO 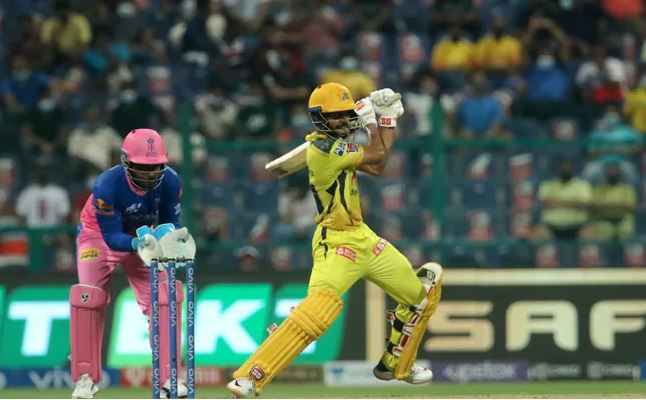 IPL 2021: Rajasthan Royals definitely won the match played between Rajasthan and Chennai (CSK vs RR) but in this match Ruturaj Gaikwad He has done wonders by scoring an unbeaten century. Gaikwad completed his century in 60 balls and hit 9 fours and 5 sixes during his innings. His innings was very memorable. Actually this is Gaikwad’s first century in IPL. On the last ball of CSK’s innings, Gaywad needed 5 runs to complete his century. In such a situation, Gaikwad completed his century by hitting a six off the last ball. Let us tell you that while completing the century, he did something that everyone remembered Neeraj Chopra, who won the gold medal for India in the Olympics.

In fact, as soon as Gaikwad hit the last ball, he started celebrating the completion of his century. Gaikwad was convinced that the shot from his bat would go straight for the six. Seeing this moment, the fans remembered Neeraj Chopra

In fact, in the Tokyo Olympics too, when Neeraj started celebrating soon after throwing his best. Neeraj believed that the javelin thrown by him would achieve the best score and that’s what happened. Neeraj won the gold medal in Tokyo with a throw of 86.65 meters.

The @ChennaiIPL right-hander brings up his maiden #VIVOIPL hundred with a MAXIMUM! 👌 👌 #VIVOIPL #RRvCSK

Gaikwad’s Charisma
This IPL has been great for Ruturaj Gaikwad. So far, 508 runs have come to his name at a strike rate of 40.33. In this season he has one century and 3 half-centuries. This season now his name is Orange Cap. With his debut in IPL last year, Gaikwad proved himself with his batting. So far in the IPL, he has completed a total of 712 runs in 18 matches at an average of 50.85 with a strike rate of 134.08.

Soybean is a healthy food, from which the body gets a lot of protein. But…