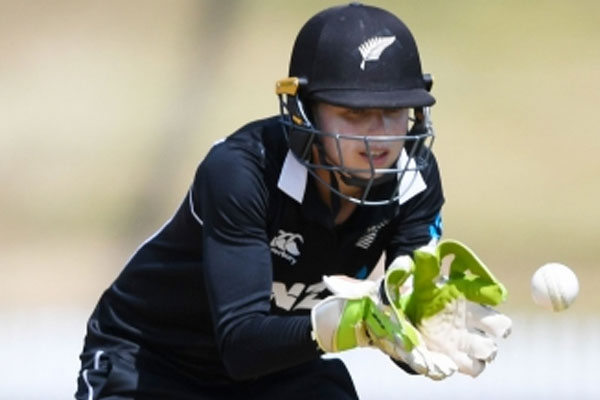 New Delhi . Wicketkeeper-batsman Bernardine Bezuidenhout has been included in New Zealand’s squad for the ICC Women’s T20 World Cup to be held in South Africa from February 10 to 26. The 29-year-old Bernardine, who last played for New Zealand in January 2020, is returning after a two-year break from cricket to focus on recovering from Raid-S (relative lack of energy in the game). A condition that affects many female athletes in the country.

He is the only change in the New Zealand squad that faces Bangladesh in three T20Is and three ODIs at home in December 2022, leaving out wicketkeeper Jess McFadden.

Banardine has impressed since returning to the game this season, scoring his second List-A century for Northern Districts in the opening weekend of the Halliburton Johnstone Shield, earning selection for the New Zealand squad that will play ODIs and T20Is in 2022. I faced Bangladesh.

“For the last seven or eight months, we have been trying to establish a brand of cricket that we are sure the audience will enjoy. We are getting the best chance of success in major tournaments. We are confident Bernie will make a positive contribution to the team.

Banardine, who made her international debut against South Africa in 2014, played in nine T20Is and nine ODIs before representing New Zealand in 2018.

Sophie has missed the Wellington Blaze’s last three Super Smash events as a precaution due to a foot injury, but is fit to travel to South Africa. Off-spinner Eden Carson and seamer Molly Penfold have both been named for their first official World Cup appearances.

Sauer will be joined by Dean Brownlee (batting coach), Craig Howard (spin bowling coach) and Morne Morkel (tour coach) on the coaching staff. The team will leave for South Africa on Monday.

Their Women’s T20 World Cup campaign will begin on February 12 against Australia in Paarl. After this, they will face South Africa, Bangladesh and Sri Lanka in the group stage.

IND vs AUS: What will Team India get from the Border-Gavaskar series? Rohit Sharma’s captaincy will now be the real test