My job was to score maximum runs for the team: Shubman Gill 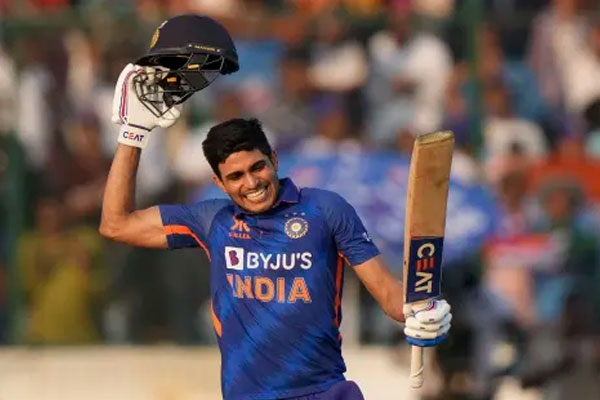 Hyderabad. In recent times, Shubman Gill has been a class player opening the batting in ODIs. But Gill’s star shone even brighter in front of 31,187 spectators in the first ODI against New Zealand at the Rajiv Gandhi International Stadium in Hyderabad on Wednesday, when he scored a sensational 208 off 149 balls, helping India reach 349/8. Which turned out to be a complete victory. Since being Player of the Tournament in India’s triumphant run at the 2018 Under-19 World Cup in New Zealand, Gill was already talked about as the next future star of the senior men’s team batting line-up.

Despite justifying the point through a consistent 2022, his place in the ODI team was being questioned after Ishan Kishan scored 210 opening the batting against Bangladesh in Chittagong, he was dropped to accommodate Gill. Was given a chance in the middle order.

But in Hyderabad, Gill was in complete control of his strokeplay and tried hard to enthrall the fans with his 208.

Gill said in the post match press conference, this (double century against New Zealand) definitely means a lot to me. I think in the first ODI against Sri Lanka and in the third ODI I was looking to get a big score, but unfortunately, it didn’t happen for me. Once I got set here, my focus was obviously to score as many runs as possible for the team.

Gill said that he wants to maintain consistency in ODIs as a batsman. “Consistency is the key to the success of everything. It’s one of the things I strive for. Being consistent as a batsman is very important in any format. It feels good when you do something repeatedly over a period of time. doing well.”

One of the most thrilling moments of his innings came at the back end of the Indian innings. Gill made the over big including four boundaries in the 48th over by hitting sixes over long on and square leg off Blair Tickner.

Starting the 49th over on 182, Gill brought up his double century in the 49th over by hitting a hat-trick of sixes at fine leg, long-off and straight into the ground off Lockie Ferguson.

He said, first I decided to work hard in the last five overs. But Washington (Sundar) got out in the 44th over, so the message was to score more runs in the last three overs. I think in the 46th or 47th over, I hit a couple of sixes and that’s when I decided to hit hard because I felt the ball was coming onto the bat well.

Amidst wishes pouring in from social media, former India all-rounder Yuvraj Singh tweeted that it was a proud moment for him and Gill’s father cut the cake. It feels great, he said. Yuvi paaji has been a mentor to me like an elder brother.

Gill said, during the lockdown and even after that, he kept talking a lot about my batting and how we can work more on it. My father has been my primary coach ever since I started playing cricket. It is certainly a special experience for me to make Yuvi paaji and my father proud.

Still a long way to go to see if Gill can become India’s next generation batsman. But for now, his 208 in Hyderabad showed that he can last a long time in ODIs.

5 amazing benefits of sleeping on the left side…