Musharraf overturned the constitution of Pakistan, was accused of treason, was the first military ruler to be sentenced to death

Chinese Apps Ban: More than 200 Chinese apps will be banned, used to harass people by giving loans, some even committed suicide

Mohammed Siraj’s performance one of the biggest achievements of the ODI series: Kaif 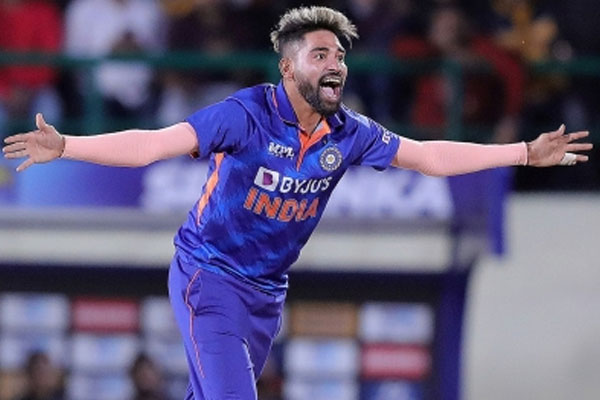 New Delhi . Former India cricketer Mohammad Kaif believes pacer Mohammad Siraj’s performance in the recent 3-0 ODI series win against Sri Lanka has been one of the biggest successes. In the first ODI in Guwahati, Siraj picked up two wickets with the new ball, while taking one wicket in Kolkata. But it was his four-wicket haul in the third ODI at Thiruvananthapuram that played a vital role in guiding India to a record 317-run victory. Overall, Siraj took the most nine wickets by a bowler at an economy of 4.05.

He said, I think three things about Mohammad Siraj will be the first. Mohammed Siraj wants to do well for India even in flat conditions.

Mohammed Shami is also back but is unable to find prey with the new ball, Kaif said on Follow the Blues show on Star Sports. Mohammad Siraj, on the other hand, has done a fantastic job. He has got wickets even when he has come to bowl at the end. Overall I think the way Mohammad Siraj and Kuldeep Yadav bowled in the series, it was brilliant.

Kaif also felt that India’s new opening pair of captain Rohit Sharma and young Shubman Gill complement each other really well. In the three ODIs against Sri Lanka, Rohit made scores of 83, 17 and 42, while Gill registered figures of 70, 21 and 116 respectively.

He said, I think both the batsmen have similarities because they like to play on the back foot. The way he plays square of the wicket, he likes to play pull shots. The way the two play, it is better to watch them through fine leg and cover points. There is charm in both the batsmen.

Both the batsmen have the ability to bat for a long time on the pitch and because of this they are difficult to bowl against as they go for long shots if you make even a small mistake.

Kaif commented that India bowled well initially and needed to improve their bowling in the death overs, especially when Jasprit Bumrah was not there.

Did you see the gorgeous avatar of your Urvashi Rautela?

Musharraf overturned the constitution of Pakistan, was accused of treason, was the first military ruler to be sentenced to death