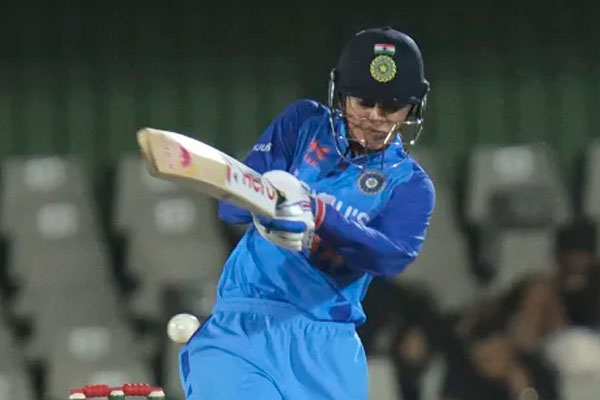 East London. Smriti Mandhana (74 not out) and Harmanpreet Kaur (56 not out) struck half-centuries as the Indian women’s team thrashed West Indies by 56 runs in the T20I tri-series here. Batting first, the Asian team’s total of 167/2 was too much for the Caribbean team.

Mandhana and Harmanpreet put on a brilliant partnership of 115 not out, Mandhana in particular hitting boundaries with ease and even completely demolishing Afi Fletcher’s bowling in the final over of the innings.

West Indies needed a quick start to have any chance of chasing down India’s big total and Deepti Sharma (2/29) and Rajeshwari Gaikwad (1/16) reduced Hayley Mathews’s team to 25/3 in seven overs. gave.

Shayman Campbell (47) and Mathews (34 not out) toiled hard to raise the scoring rate, but India’s bowlers had worked hard to ensure they remained unbeaten in the series after their first win over South Africa.

India’s first match in next month’s T20 World Cup will be against Pakistan in Cape Town on February 13, while West Indies will take on England a day earlier in Paarl.

Removing unwanted hair is not a problem anymore…

If you wear a tortoise ring then there will be no shortage of money.