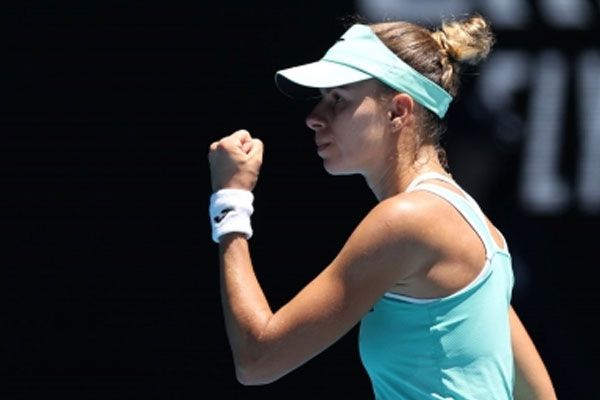 Melbourne. Poland’s Magda Linet stormed into her maiden tennis Grand Slam quarterfinal with a straight sets win over world number four Caroline Garcia of France here on Monday. Playing in her 30th Grand Slam main draw, Lynette posted a 7-6 (3), 6-4 win over WTA Finals champion Garcia in 1 hour 57 minutes. Her next match will be against former world No. 1 Karolina Pliskova of Czech Republic.

The win over Garcia was Linett’s fourth top-10 win of his career.

Lynette said in one of her interviews, I still can’t believe what happened. I don’t want to say that I didn’t expect it because coming on the court I was sure how well I was playing, but she is also a good opponent.

Pliskova, on the other hand, extended her dominance over China’s Zhang Shuai to advance to her 11th career Grand Slam quarterfinal. The Czech player’s 6-0, 6-4 victory in just 55 minutes improved his career record against Zhang to 8-0 and sealed his fourth Australian Open last eight appearance.

The former No. 1 came back 2–4 down in the second set, but won the latter match easily against No. 23 seed Zhang. Zhang is a former quarterfinalist at the Australian Open.

Pliskova is 7-2 against Linett in her career. He played twice last year. Pliskova won a thrilling 6-2, 4-6, 7-6(8) third-set tiebreak at the US Open, but Linett was beaten 6-4, 6-1 in the Billie Jean King Cup final in Glasgow in November. Won from