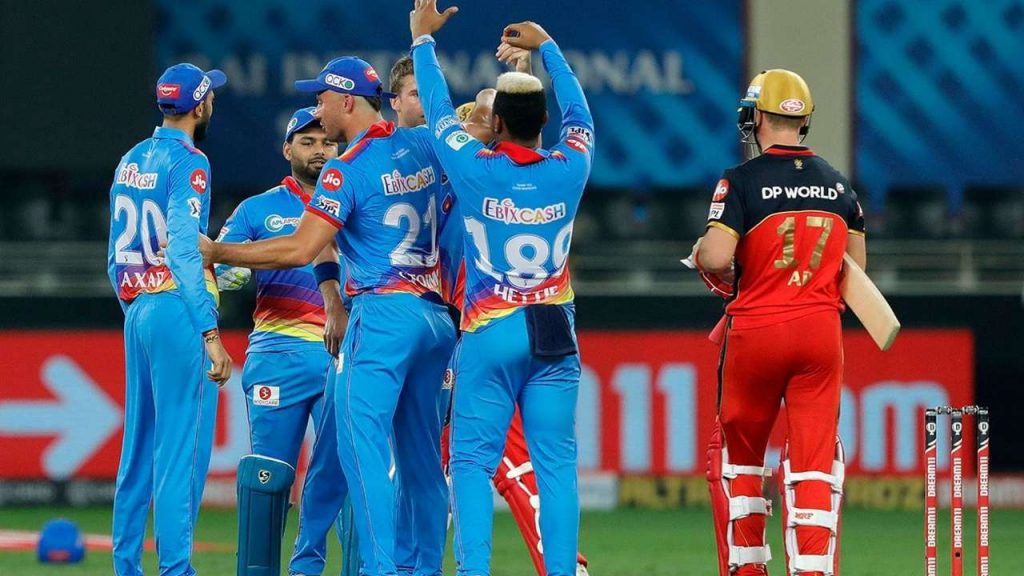 In the last league match of IPL 2021, Virat Kohli’s RCB defeated Rishabh Pant’s Delhi Capitals by seven wickets. Both the teams did not have much advantage or loss due to the loss of this match, but going into the playoffs with confidence was very important, especially for Bangalore, because if Bangalore loses now, then it will be out of the IPL. So even if the same Delhi loses to CSK in the playoffs, they will still have a chance to qualify.

In this match being held in Dubai on Friday, RCB captain Virat Kohli won the toss and decided to bowl first. Delhi’s opening pair gave them a quick start Shikhar Dhawan 43 and his partner Prithvi Shaw played fine innings of 48 runs, looking at them Delhi would make a big score but the RCB bowlers did not allow this to happen.

RCB bowlers kept getting wickets at frequent intervals, due to which Delhi could make only 164 for the loss of 5 wickets in their 20 overs. Apart from the openers, none of the batsmen failed to make their mark. Siraj took 2 wickets for RCB, with Chahal, Harshal Patel and Daniel Christian taking 1-1 wickets.

Chasing 165, the start of RCB was not very good, in the very first over, Devdutt Padikar left the pavilion on the score of zero. After this Virat Kohli also went on for just 4 runs, Enrique Nortez did the job of cheaply settling both the openers. Once again the whole burden was on Maxwell and AB, in this match, AB, who came to betting at number four, played a couple of good shots but then Axar Patel got him out for 26 runs. Then RCB’s leader was Maxwell, or he could lead RCB to victory or defeat.

Also read- The effect of Lakhimpur was seen in Uttarakhand, the minister canceled his program

Maxwell remained unbeaten till the end and played a scintillating innings of 51 off 33 balls, but the hero of the win was Srikar Bharat who played a match-winning knock of 78 runs off just 52 balls. RCB needed 5 runs off the last ball of the match, so Bharat snatched the victory from Delhi’s hands by hitting a six off the last ball. This was his first fifty in the IPL.

Why public anger erupted on Shah Rukh Khan’s darling Aryan Khan, fans said – so much pride is not right

Mirror plays an important role in giving elegant and modern look to any house. Its…