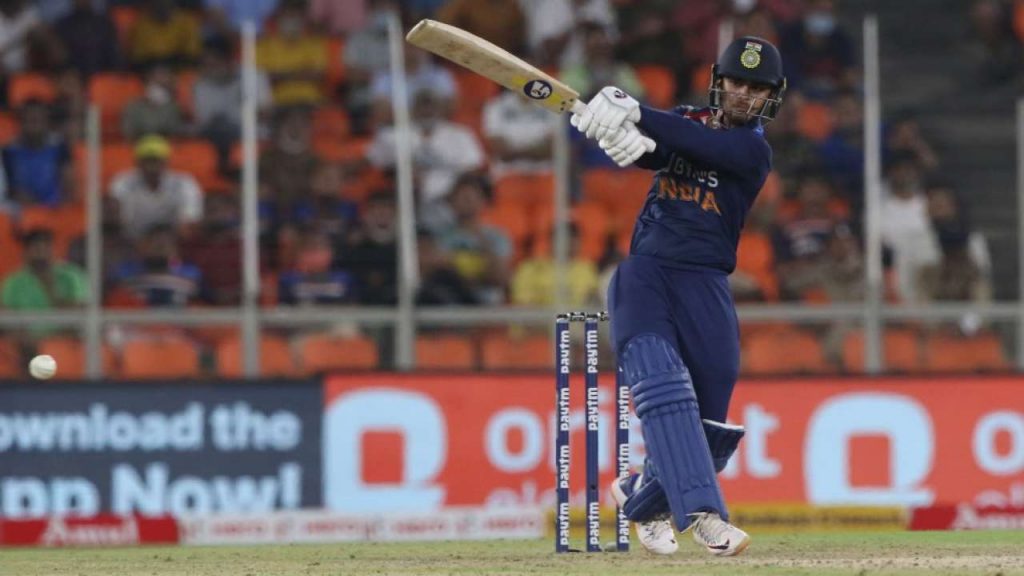 Mumbai’s team got off to a great start to make it to the playoffs in IPL 2021. Mumbai Indians wicketkeeper star batsman Ishan Kishan played a stormy innings against Sunrisers Hyderabad. Let me tell you that Ishan Kishan completed his half-century in just 16 balls. While batting fearlessly, Ishaan played shots all around the field. With this, his innings ended on a total of 84 runs. Ishaan’s fifty is the fastest half century for Mumbai in the IPL season. During his innings, Ishaan scored 84 runs with the help of 11 fours, 4 sixes.

Fastest half century by Mumbai Indians

Fastest half century in the name of KL Rahul

Ishan Kishan’s fastest half century against Sunrisers Hyderabad has broken many records. Out of which the feat of one record belongs to Ishaan Kishan himself. Pollard played a record innings against Kolkata in the year 2016 and against Chennai in the year 2021. At the same time, in the year 2019, Hardik Pandya scored a half-century in 17 balls while playing a wonderful innings. The record for the fastest fifty in IPL history is in the name of KL Rahul, where he played 14 balls and scored a half-century.

Also read: IPL 2021: Mumbai won the toss against Hyderabad, will have to do wonders to make it to the playoffs

A 104 meter six is ​​also going viral on social media amidst Ishaan Kishan’s quick innings. On the first ball of the 8th over, Ishaan hit a blistering six in Rashid Khan’s over. Seeing this, the fans of Rashid Khan were stunned. Ishaan’s fans are sharing this video a lot on social media. Along with this, Mumbai Indians scored 235 runs for the loss of 9 wickets against Sunrisers Hyderabad. On the other hand, two star batsmen of Mumbai Indians Ishan Kishan and Suryakumar Yadav have been selected in the World Cup. Who has rained a lot of runs in this match. Sunrisers Hyderabad saw a big change in this match where Manish Pandey is captaining the team in the last match.