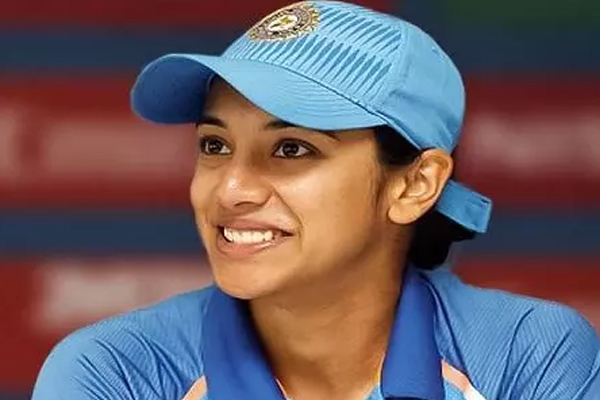 Dubai . India’s opener Smriti Mandhana has moved up to the third spot in the ICC T20 Player Rankings after scoring a half-century against Pakistan at the ongoing Commonwealth Games in Birmingham. Mandhana played an unbeaten 63 against Australia in 42 balls with the help of eight fours and three sixes. After this, Sophie of New Zealand went ahead by overtaking Devine. Meg Lanning continues to top the rankings.

Mandhana was a top-order batsman in ODIs, having finished third in T20s in the past, reaching that position for the first time in 2019 and last finishing third in October last year.

New Zealand’s Suzie Bates has jumped two places to reach sixth place with a scintillating 64 not out 91 against South Africa, while Tahlia McGrath (up one place to 12th), India captain Harmanpreet Kaur (up four places to 14th), Pakistan’s Nida Dar (up three places to 40th) and South Africa’s Chloe Tryon (up five places to 47th) also made it to the batsmen’s rankings. Gained edge.

Australia all-rounder Ashleigh Gardner has moved up in all three lists after shining with the bat against India and with the ball against Barbados, representing the West Indies in an eight-team competition.

Gardner’s unbeaten 52 in the opening match helped him jump five places to 11th, while he is in a career-best third place among all-rounders.

In the bowlers’ rankings, Australia’s spinner Jess Jonassen (who took 4 for 22 against India) has climbed two places to fourth in the list led by England’s Sophie Ecclestone.

Australian pacer Megan Schutt and New Zealand all-rounder Amelia Kerr have gained a place each to be seventh and eighth, while Barbados captain Hayley Matthews has moved up two places to ninth.

India’s medium pacer Renuka Singh has jumped 48 places to be ranked 49th after taking a career-best four for 18 against Australia.

Remedies to get sudden money from black pepper

India is celebrating its 75th Independence Day on 15th August. This day commemorates the sacrifice…