I focused on ball and score board to play longer innings: Pant 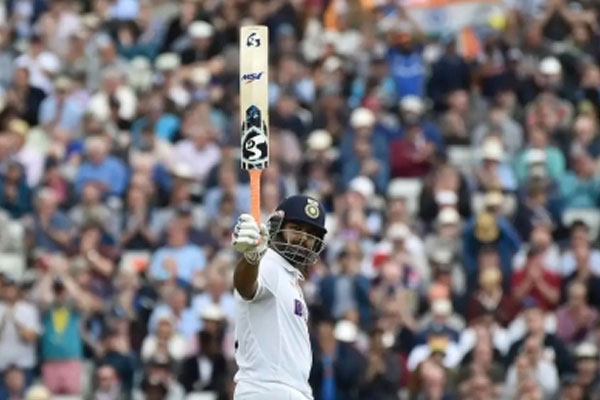 Birmingham. India’s wicketkeeper-batsman Rishabh Pant has revealed that the team was under pressure at the time when India’s wickets were falling. At the same time, he said that I decided to play a long innings for the team by focusing on the ball and the score board. Pant played a brilliant innings of 146 runs in just 111 balls to take the Indian team out of trouble on the first day at Edgbaston on Friday. Also Ravindra Jadeja played an unbeaten 83. The 222-run partnership between the two batsmen for the sixth wicket helped the team cross the 300-run mark.

Pant said after the match, I was just focusing on the ball and trying to increase the team’s runs in the score board. Yes, the team was definitely in response as they had lost five wickets within 100 runs. We needed a long partnership, which I got to see with Jadeja.

He further said, in every match, we have to give our hundred percent and I focus on my cricket. When I started cricket my coach always said you can hit but you should try to defend too.

Pant said that his focus was more on the ball. Also, in a place like England, there was a need to put shots on his balls to disturb the pace of the bowler, which I did.

Pant also said that he was trying his best to build a partnership with Ravindra Jadeja.

Pant said, I tried to partner with Jadeja and we tried to save our wicket during this. Pant, who scored his fifth Test century, also mentioned that every century scored at the international level is important.

5 Amazing Benefits Of Sleeping On The…