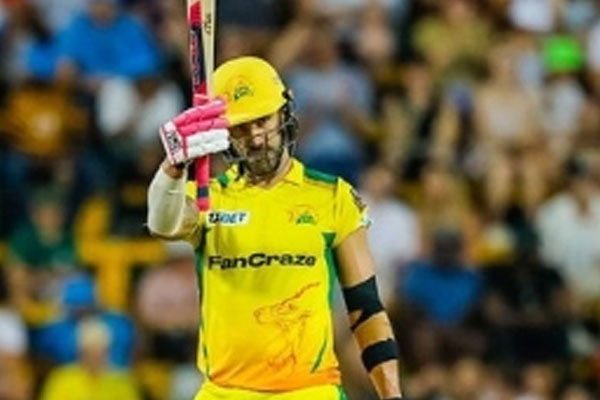 Johannesburg. Joburg Super Kings captain and former South African white-ball skipper Faf du Plessis played a record innings when he scored the first century of the inaugural season of the SA20, a six-team franchise T20 league run by Cricket South Africa. It was a brilliant innings, he scored 113 off 58 balls at Wanderers on Tuesday evening. This included eight fours and eight sixes.

Du Plessis was the star of the day as he tore apart the Durban Super Kings bowling attack.

Du Plessis was partnered by Reeza Hendricks for most of the innings, with the opening pair adding 157 runs for the first wicket. Hendricks proved to be of great help though as the Proteas opener scored 45 off 46 balls.

This partnership was the perfect platform for the Super Kings to chase down the Super Giants’ 178/6, with Du Plessis scoring the winning runs with five balls to spare. This eight-wicket win put the Super Kings back on top of their SA20 campaign. He brought MI Cape Town to the fourth position.

Unfortunately for the Super Giants, their chances of qualifying for the playoffs are slim now as they are at the bottom of the table. Quinton de Kock’s men had given themselves hope through Heinrich Klaasen’s 48-ball 65 and West Indies pair Kyle Mayers and Jason Holder’s 28 at the top and bottom of the innings.

7 home remedies to get rid of moles forever