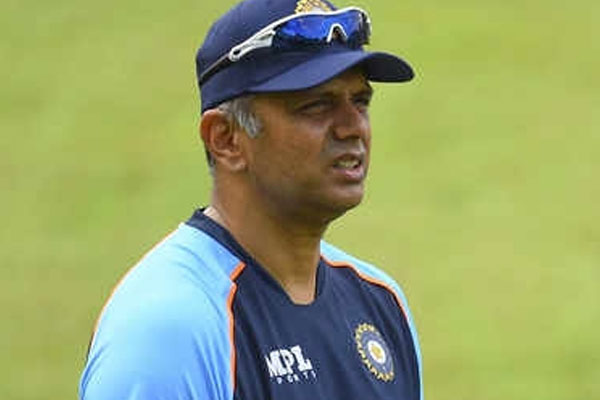 New Delhi . India head coach Rahul Dravid has revealed about Shubman Gill’s father when the young opener was unable to convert his scores into hundreds. Continuing his fine form, the Indian opener hit his fourth ODI hundred in the third and final match of the series against New Zealand at the Holkar Cricket Stadium on Tuesday, surpassing a record set by Pakistan’s Babar Azam against the West Indies in 2016. Equalized.

Gill completed his second century of the series by scoring 112 runs from only 78 balls. Earlier, in the first match of the series in Hyderabad, the opener scored 208 runs to become the fifth Indian batsman to score a double century in ODIs.

The youngster was also adjudged the Player of the Series for his impressive performance against the Kiwis.

Dravid said in a video posted by the BCCI on social media, when Shubman was not able to convert too many fifties and sixes into hundreds, his father had said, Shubman are you only going to show us the drizzle or You’re really going to show us there will be some rain or thunder. Where the head coach was talking to Gill.

He said, I think his father would be happy that because of what you have done in the last one month, it has rained. So, well done. This should make you and your father really proud.

Responding to Dravid, Gill said that his father would not be too happy with his 112 in the third ODI as he could have made another big score.

Gill said, yes, I do not think he will be very happy about this match. He would definitely tell me that, I should have continued with the innings and could have got another big score in this innings.

IND vs AUS: What will Team India get from the Border-Gavaskar series? Rohit Sharma’s captaincy will now be the real test

Pakistan Economic Crisis: Pakistan’s bowl will be empty, Shahbaz got scared after hearing the conditions of IMF, who did not think in his dream, now he will have to accept