Cheteshwar Pujara happy with his return to form 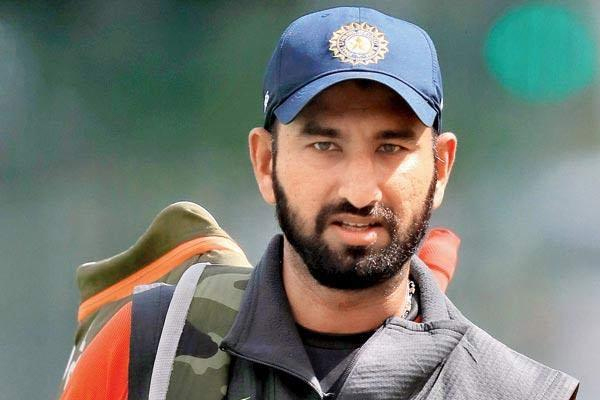 Leicester. India’s top Test batsman Cheteshwar Pujara is happy with his return to form and is hoping to do well in the fifth Test against England in a few days. Pujara has credited his performances in the Ranji Trophy and county cricket with the Sussexes, as he has nearly scored two big centuries in both the tournaments.

After being in England and playing a few matches there, Pujara is likely to feature in the Indian team for a Test match starting July 1 in Birmingham.

In a video posted by the BCCI on its official website, Pujara said, “It was important for me to get back in form and get my momentum back in order to play Test cricket. So, when I was playing for Sussex, I played my first big innings against Derby, then I felt my momentum back.

Pujara said that he can do well in county cricket as he had done well in the Ranji Trophy before moving to England.

He further said, in the three matches I played for Saurashtra in Ranji Trophy, I found my rhythm and got a big score. After that, I just wanted to enjoy my game and contribute to the success of the team. The most important thing is to have a good time on the field. I enjoy playing cricket, so whenever I am on the field, I want to be able to make the most of my batting.

Pujara’s success in county cricket helped him and Ajinkya Rahane get back into the Indian Test team for lack of form. Pujara is hoping to do well in England. If he stays in the team, he can bat at No.

Rishabh Pant, 34, will represent Leicestershire along with Jasprit Bumrah and the famous Krishna in a four-day warm-up match starting Thursday. The Indian team management has allowed him to play for the opposition so that all members of the visiting party get a chance to play warm-up matches before the Test match.

Pujara will be hoping to score big in the warm-up match to regain his place in the team. He is one of the best Indian batsmen to succeed in overseas conditions and his technique and ability to focus for long hours will help the Indian team in Test matches.

You will be shocked to see Gopi Bahu’s glam avatar!

You will be stunned to see Alia Bhatt’s killer style